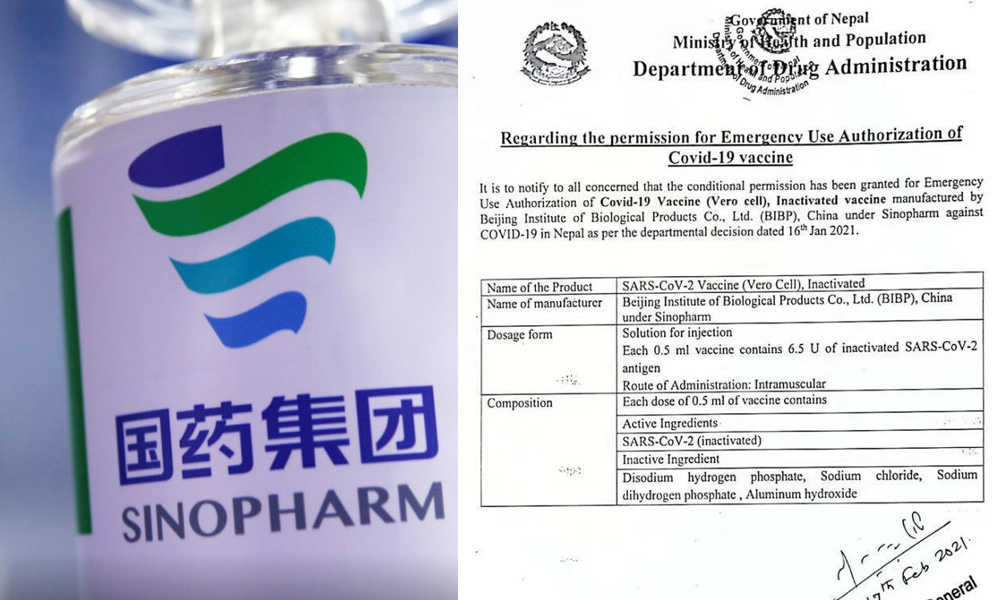 KATHMANDU: The Government has allowed the Chinese Vaccine Sinopharm for emergency use. The decision was taken at a meeting of the Department of Drug Management on 16th January.

After India’s Covishield, the Department has approved Sinopharm Vaccine produced by the Beijing Institute of Biological Products, a Chinese company.

The Department’s decision has paved way for the government to bring in Chinese vaccines. China has already announced to provide 500,000 doses of vaccine to Nepal.

Sinopharm says that the vaccine is 79.34 percent effective.