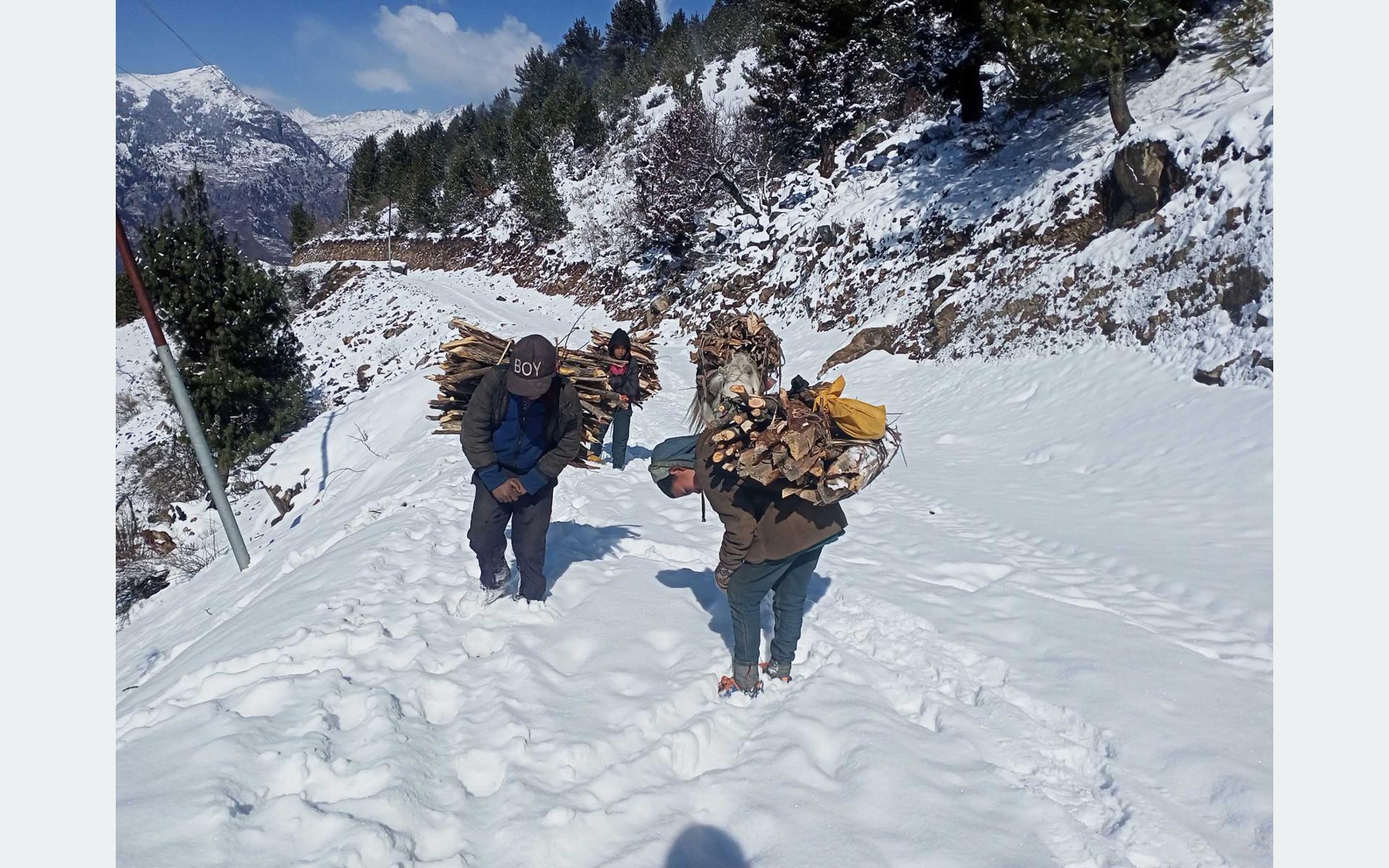 SIMKOT: Most of the children in villages in the mountainous district of Humla are compelled to sell firewood in the district headquarters, Simkot, for a square meal a day. The economic condition of their parents is so poor that the children have to carry loads to supplement the family earning.

With whatever money they earn from selling firewood, they buy school stationeries besides spending in buying foodstuff. The children also use their yaks for carrying the firewood. It is said one bundle of firewood fetches Rs 500 to 1,000. Some of the children also barter firewood for rice grain. There is high demand for firewood in Simkot especially during winter because of more than 12 hours of disruption in power supply, said Raj Bahadur Bohara, a local hotelier. He said people including children not only from Dandaphaya and Chauganphaya but other villages as Maja, Chhipra, and Yangchu of neighbouring Kharpunath Rural Municipality also sell firewood in the district headquarters.