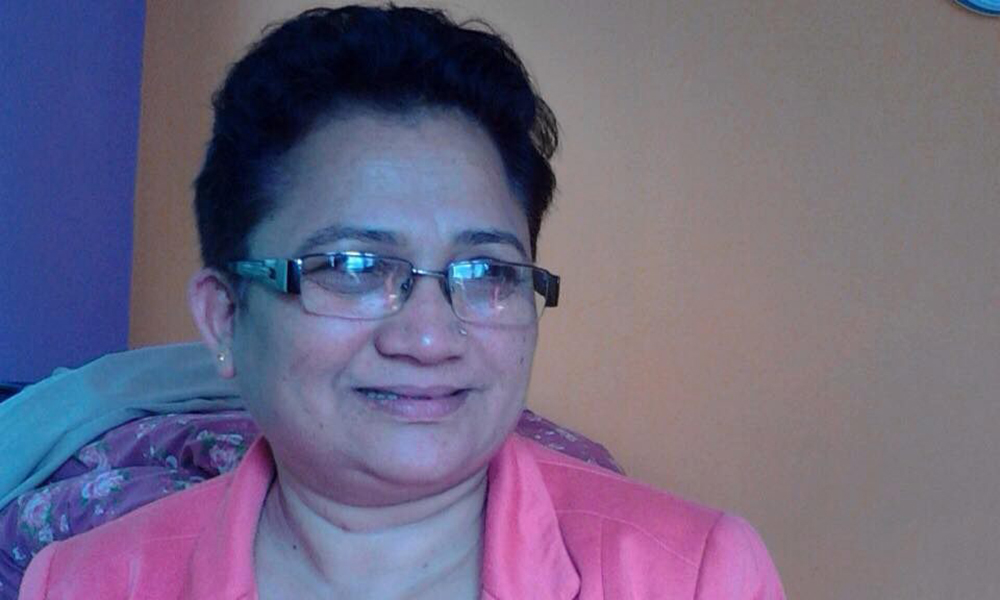 KATHMANDU: Divided CPN leader Pampha Bhusal has objected to the Prime Minister’s wife Radhika Shakya being called the ‘First Lady’, saying that the constitution of Nepal does not make anyone’s wife the First Lady.

Writing the status on Facebook, Bhusal said that all citizens have the same status in a democratic republic, and the constitution does not make one’s wife first and other women second.

Shakya was called as the ‘First Lady’ at a program organized by Nepal Police Hospital and Ghunsa Foundation on Saturday. Commenting on this, Bhusal said that every citizen builds their own status in a democratic republic and looked down on feudal patriarchy as enslaving to women.

Around the world, the wives of the heads of state and executive heads of countries without monarchies are called the first women. This practise started in western countries.

Once, when the then Prime Minister Girija Prasad Koirala visited India, his daughter Sujata was also addressed as the First Lady.

According to Wikipedia, the ‘First Lady’ is an unofficial title given to the wives of heads of state and government and sometimes to daughters or other close female relatives. In countries with monarchies, she is not called the first lady as there are titles such as queen and princess.

In some countries, even though the position of First Lady exists, it is not official or formal. Even in Nepal, no one is called the First Lady as per the Constitution and law, but there is special respect given to the First Lady on international trips.