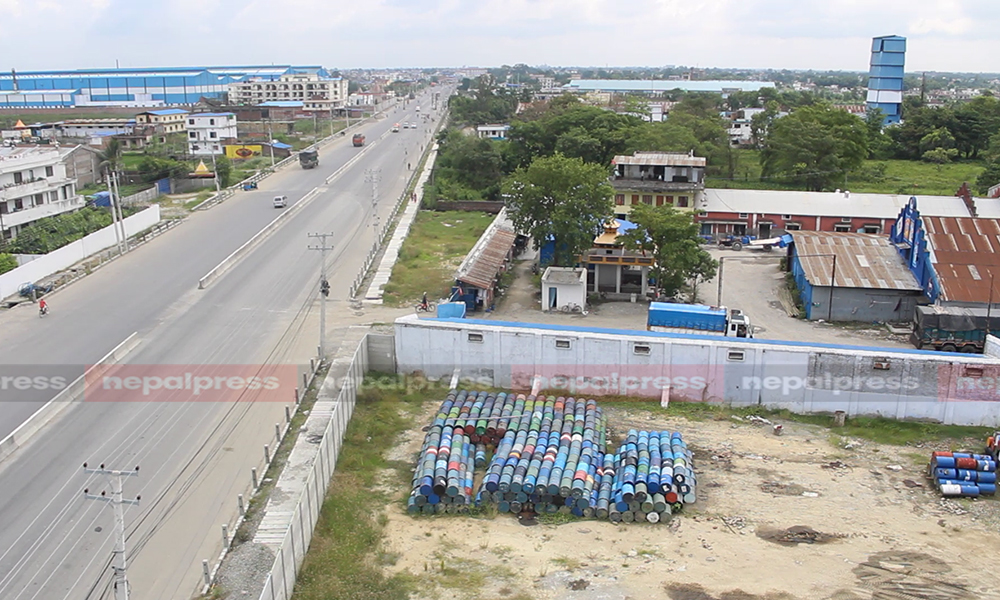 BIRATNAGAR: Industries were flourishing in the Sunsari-Morang Industrial Area in the decade of 2040 B.S. (1980s). There were ample employment opportunities in the existing industries. More than 50 per cent of the goods produced by the industry were exported.

However, industries began to close in the early ’50s. Many industries were shut down due to the armed Maoist conflict and subsequent load shedding. In the three decades since the restoration of democracy, industries in the region have been closing more than opening.

107 large industries that had been operating for three decades have been closed in the Sunsari-Morang Industrial Area, which are spread over a large area in Eastern Nepal.

By 2046 BS, the number of large export-oriented industries in this industrial corridor was 150, but this number has now reduced to 43. With the rise of democracy in Nepal, a dozen well-known industries with foreign investment such as Vanshal Nepal, Kristen, Ligash Nepal and Surya Nepal have closed down. There was an investment of more than Rs 1 billion in each of these industries.

Bhim Ghimire, President of the Industry Association Morang, said that more than 40 export-oriented industries and others like jute, garment, camphor, vegetable ghee and candle-producing industries have reached the point of closure. At least Rs 23 billion was invested in the industries that have now closed down.

More than half a dozen textile industries including Ashok Textile and Prabhat Textile have been shut down. There were 11 large jute industries in operation in Morang-Sunsari alone. At present, only four are in operation.

Similarly, metal industries such as Hetauda and local iron, zinc sheets and pipe industries have also been shut down. The pipe industry called Bansal Industries, which was established in Duhabi with an investment of crores of rupees has stopped production.

Bansal, Kristen used to produce zinc sheets and GIP pipes, exporting them to India and other countries. Surya Nepal also used to export to different countries. According to the industrialists and businessmen, these industries have been shut down forever due to political instability, strikes, labour agitation, power shortage, transportation disruption and poor government policies. Dozens of well-known industries including Pashupati Soap, Annapurna Shop and National Pipe have also been shut down during the period.

Bhim Ghimire, President of the Industry Association Morang, said that new industries have not come into operation as the cost of running large industries is high and there is no security in investment.

“At present, the government’s economic policy seems to be focused on exploiting the industry,” Ghimire said. “In such a situation, it is unthinkable to open an industry with new investment, and the industries operating in such conditions anyway are also struggling”. Industrialists have also complained that it is becoming difficult to sustain even those industries that opened after the pandemic.

Entrepreneurs have been saying that they have not been able to run new industries due to increment in land prices. He said that this was a problem as the money to be invested in the industry had to be invested in land. According to industrialists, they are currently involved in expanding the capacity of existing industries rather than opening new ones.

Rajendra Raut, Central Member of the Federation of Nepalese Chambers of Commerce and Industry (FNCCI), said that it was difficult to set up large scale industries as the environment is not suitable for investors. 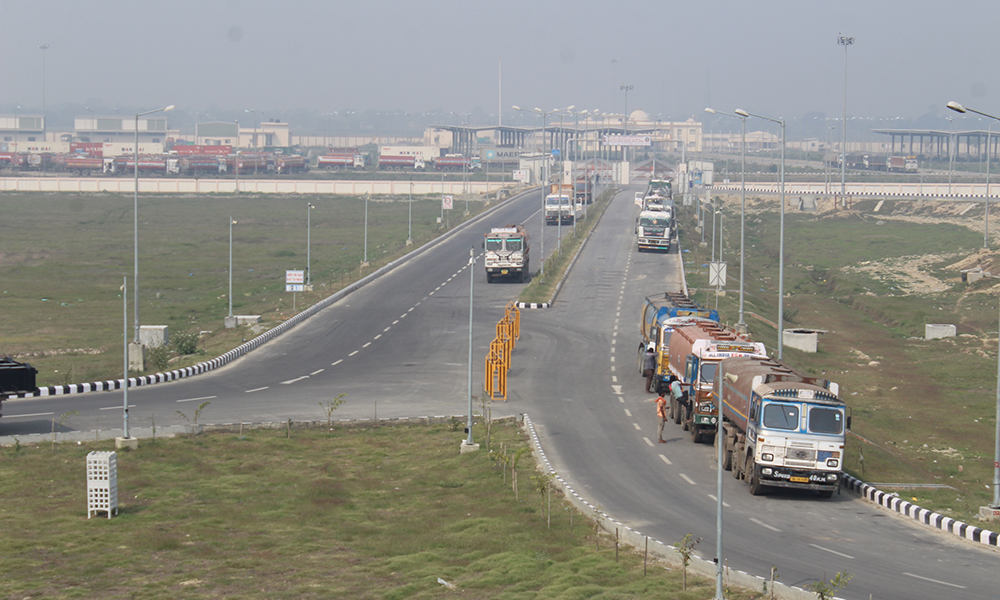 “Investors have not been able to set up industries in the Morang-Sunsari industrial area due to lack of land and high prices,” he said.

According to industrialists, the price of land has risen sharply in the corridor area of ​​Koshi Highway up to North Itahari, the entrance to Biratnagar, the capital of Province 1.

Chairman of the Morang Trade Association, Prakash Mundada, said that no land along the Biratnagar-Itahari road section is vacant, and that existing land has also become very expensive.

Stating that existing loans and loans taken from the bank are spent on land purchase, he said that there are possibilities of investment exiting the industrial sector.

According to the Department of Industry, industries with an investment of Rs. 5 billion are currently operating in the Sunsari-Morang Industrial Corridor. Large numbers of workers have lost their jobs in recent years as industries have closed one after another.

According to the Industry Association Morang, 50,000 workers are currently employed in the industries operating in the Sunsari-Morang Industrial Corridor. Until two years ago, there were 80,000 employees.

Entrepreneurs in the Sunsari-Morang Industrial Corridor have been demanding the establishment of an industrial zone for two decades. However, the government has not yet held a hearing.

Entrepreneurs have been demanding the government to set up an industrial zone for a long time to create an environment for the establishment of domestic and foreign investment industries.

Chairman of the Morang Trade Association, Prakash Mundada, said that the industrialists have been demanding the declaration of Special Economic Zone (SEZ) and industrial zone for a long time. According to Mundada, if the government establishes a special economic zone, capital used for land purchase can be invested in the industry itself. Entrepreneurs have been demanding the declaration of an industrial zone in 47385000 sq. ft of Amarduwa in Sunsari, which is owned by the government.

Amidst the problem of unsustainable operation of the industry, the COVID pandemic has had drastic effects for over a year. As many as 15,000 workers have lost their jobs due to the government’s lockdown during the pandemic. Some industries have not yet reached full capacity. 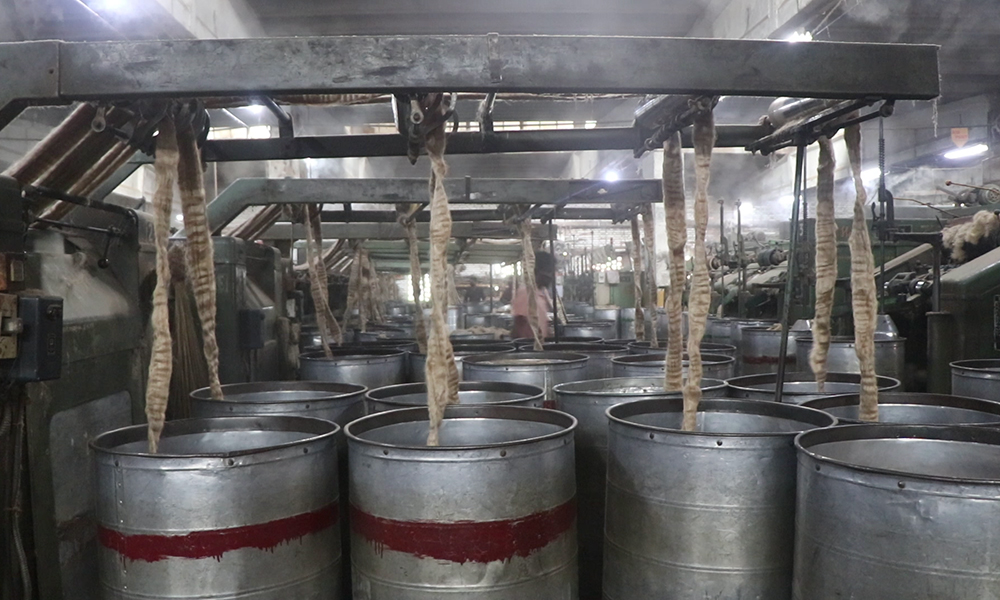 Before the outbreak of the pandemic, 50,000 workers were employed, of which 15,000 lost their jobs and 14,000 got partial employment due to the lockdown imposed COVID-19. According to Bhim Ghimire, large industries have cut production by 30 per cent. The operation period of these industries has been reduced from three shifts to two shifts. As a result of the decline in production in small and medium enterprises, 30 per cent of unskilled workers have become completely unemployed.

Raj Kumar Golchha, Manager of Arihant Multifibres and Raghupati Jute Mill, which has the highest number of workers in the Sunsari-Morang Industrial Corridor, said that one shift of both the industries previously running in three shifts has been closed. As one shift is closed, 30 per cent of the workers have become jobless.

Industries producing jute, yarn, noodles, oil, rice, milk, soap, cookies and grains in the corridor are currently in operation. Operated industries are producing only 60 to 70 per cent of their capacity. Some industries manufacturing health-related items have been added after the outbreak of COVID-19.