TECH WARS - SINCE REGULATORS ARE SILENT

Facebook preparing to sue Apple over the App Store

When everyone steals data, key question is Who will bell the cat? 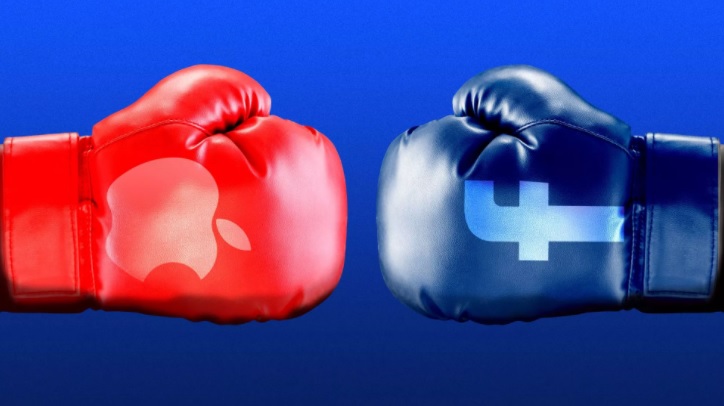 Apple is finally realising that Apple and Facebook are NOT MADE FOR EACH OTHER. And therein lies a problem. Apple’s recent moves to control app store directly hits Facebook’s KEY business of targetted ads based on the vast amount of personal data it collects.

Facebook is preparing a lawsuit against Apple over its App Store policies, according to a new report.

The lawsuit would allege that Apple abused its power by making apps listed on its App Store follow specific policies that Apple’s own apps do not, The Information reported on Thursday.

Facebook would not comment on pending litigation but reportedly informed Fox Business in a statement that it believes “Apple is behaving anti-competitively by using their control of the App Store to benefit their bottom line at the expense of app developers and small businesses.”

Apple first announced a number of new, transparency-driven changes to its App Store policies for iOS 14 in June, including permission requests for user data that are expected to roll out “soon” after the tech giant delayed the update “to give developers time to make necessary changes,” according to a September blog post.

The permission requests update, called App Tracking Transparency, will “roll out broadly in early spring” and require apps to ask a user’s permission before tracking their personal data across apps or websites belonging to other companies, Apple said Wednesday in a press release.

Users will be able to see which apps have requested permission to track data under the “Settings” sections of their iPhones.

“Apple has every incentive to use their dominant platform position to interfere with how our apps and other apps work, which they regularly do to preference their own,” he said. “This impacts the growth of millions of businesses around the world, including with the upcoming iOS14 changes, many small businesses will no longer be able to reach their customers with targeted ads.”

He also said some of Apple’s new privacy policies are hypocritical. The iPhone maker’s new “nutrition labels,” for example, show what types of data apps collect from users, which Zuckerberg said focuses “largely on metadata that apps collect rather than the privacy and security of people’s actual messages.”

The social medial chief continued noting that Apple’s “iMessage stores non-end-to-end encrypted backups of your messages by default unless you disable iCloud, so Apple and governments have the ability to access most people’s messages,” he said. “So when it comes to what matters most — protecting people’s messages, I think that WhatsApp is clearly superior.”

Facebook has criticized Apple’s new rules since the summer and launched an ad campaign on Dec. 18 saying it is “standing up to Apple for small businesses everywhere” by pushing back against Apple’s privacy updates.

Adam Mosseri, the head of Facebook-owned Instagram, defended the use of personal data in a Dec. 16 tweet, saying it helps small businesses create personalized ads.

Such ads “are an important tool for small businesses to identify and connect with their customers in a way that only big budgets allowed before. This is particularly important right now, given all the challenge[s] that small businesses face,” he wrote.

Before the campaign launched, Cook tweeted an image of Apple’s new data permission request feature, which asks users, “Allow Facebook to track your activity across other companies’ apps and websites?”

“We believe users should have the choice over the data that is being collected about them and how it’s used,” Cook said. “Facebook can continue to track users across apps and websites as before, App Tracking Transparency in iOS 14 will just require that they ask for your permission first.”