A belle travels from Garam Masala to Never Back Down: Revolt

She's Got the Look and Talent to Boot! 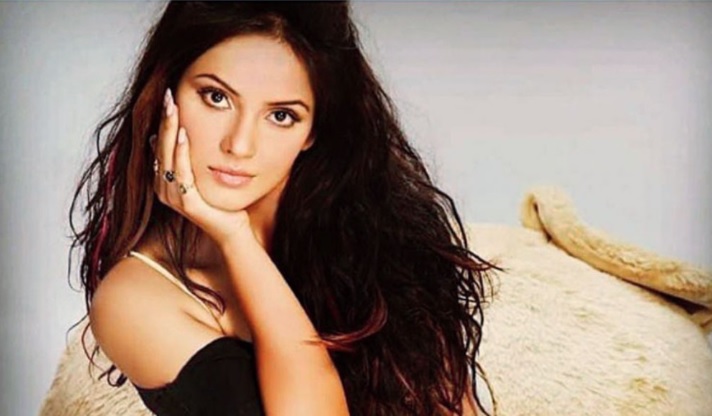 Nepali beauties have a heart please, and Madhes ones need not despair!

Patna girl Neetu Chandra, who has shifted base to Los Angeles, is billed alongside James Faulkner (of Game of Thrones, Season 6 and The Hound of Baskervilles fame) and Michael Bisping, the sole British winner of an Ultimate Fighter Challenge title, in the upcoming martial arts film Never Back Down: Revolt, the fourth in the Never Back Down series.

She shared her Hollywood experience during her recent trip to India.

Celebration in the family

Yes. And yesterday was my younger brother’s birthday. We stay together in Mumbai and we never have a lot of guests. It’s just their girlfriends and a couple of cousins. It was nothing different this year.

Mood sky high even careerwise with a Hollywood film under her belt.

Hundred per cent. I enjoyed every bruise, every cut I got while shooting this film. I did my own action. No (body) double for me. Never Back Down 4 is a woman-oriented action film.

How did she land the role?

I was attending a special screening of Bad Boys in Calvercity, Los Angeles where I am based now. There I met the producer David Zelon to whom I was introduced by Palak Patel, executive vice-president of Sony Pictures. I said I was a martial artiste and have represented India thrice.

He said he had a film for me and asked me to meet in two-three weeks. He invited me for lunch. He made me meet the writer Audrey (Arkins) and told her in front of me, ‘I’d like you to write a character around Neetu and her skills’. And that’s what she did. I play one of the two main female roles.

Talks about her martial arts background.

I am a black belt 4th Dan in taekwondo. I am also the brand ambassador of Taekwondo Federation of India, a Korean fraternity. I have been doing martial arts since school. I represented India when I was in ninth standard. I got an award in Hong Kong. Then I got an award from Atal Bihari Vajpayee when I was in first year of college. I am also the face of NBA Basketball in India.

Acting came to me. I never had plans for it. My mother enrolled me in martial arts when I was in the third or fourth standard. I have been kicking and punching ever since I remember. Even to open the door or flush the toilet, I only used kicks. You get up from the pot and do a back kick, and it flushes! (Laughs)