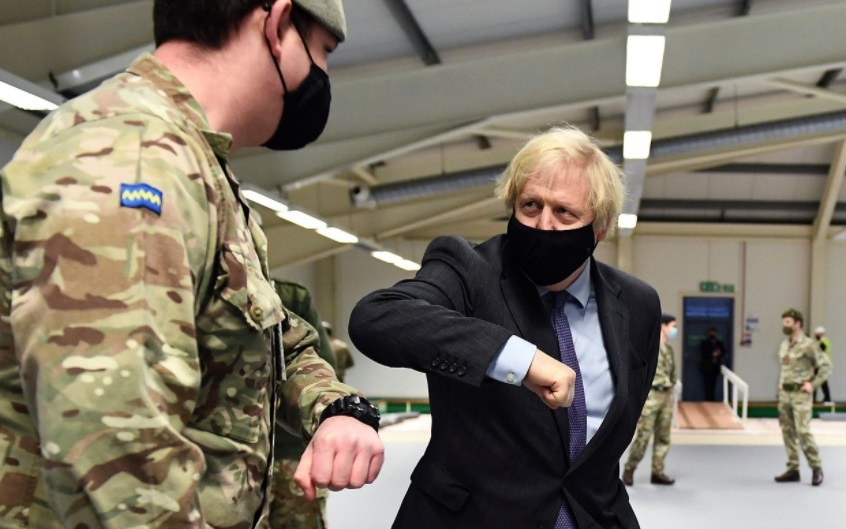 EDINBURGH: U. K. Prime Minister Boris Johnson brought his campaign to prevent Scotland breaking away from the U.K. north of the border on Thursday, as Brexit and his government’s faltering management of the Covid-19 pandemic have bolstered support for Scottish independence.

Mr. Johnson is seeking to emphasize the benefits of the union as Scotland’s future emerges as the defining question facing the U.K. after its exit from the European Union, a move that most Scots opposed.

He pointed to how his government has helped roll out vaccines across the U.K., including Scotland, faster than anywhere in the EU, and provided funds to support public services and subsidize thousands of jobs since the crisis began.

NO ONE BUYS IT

But a majority of Scots now favor independence over the partial autonomy it now has, according to a series of opinion polls, encouraged in part by the perception that Scottish government has handled the pandemic better than the government in London. The shift foreshadows what could be the biggest crisis Mr. Johnson’s government faces since leaving the EU.

The Scottish leader, First Minister Nicola Sturgeon, has benefited from strong approval ratings, thanks in part to her clear messaging on the dangers of Covid and her willingness to shut down businesses and schools to keep infection and death rates lower than in other parts of the U.K.