VIRUS MORE POWERFUL THAN THE MOST POWERFUL IN THE WORLD

No abatement in sight! 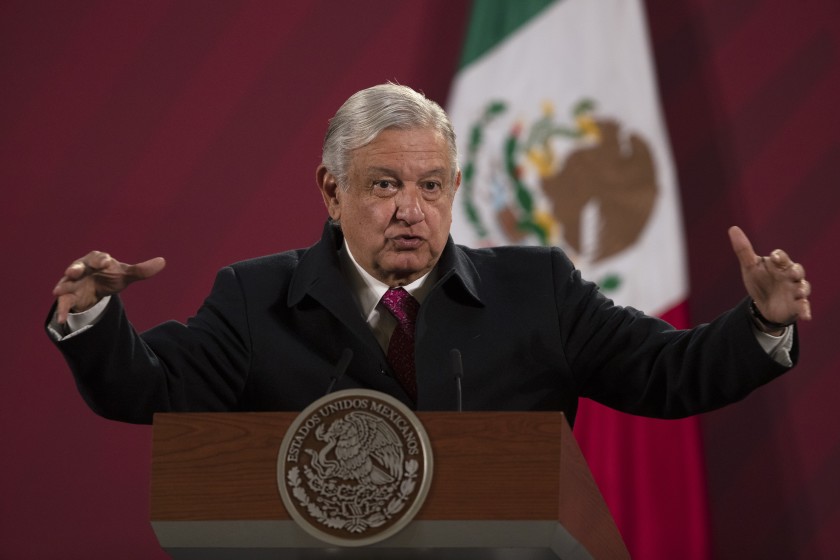 MEXICO: The LA Times has reported that President Andrés Manuel López Obrador, 67, a center-left populist known to his legions of fans as AMLO, said on Sunday that he had tested positive for the virus and had isolated in his apartment in Mexico’s National Palace with “mild symptoms.”

On Monday, the son of Carlos Slim, an 80-year-old telecommunications mogul and Mexico’s wealthiest man, reported that his father has been suffering from COVID-19 for a week and is being treated at a hospital.

It was a barrage of shocking news for a country that was already closely following the condition of Cardinal Norberto Rivera Carrera, a 78-year-old retired archbishop, who has been in intensive care since Jan. 12.

The illness of three men who represent the country’s traditional axis of power — church, state and commerce — is a potent reminder of just how bad things have become in Mexico.V

The country has recorded nearly 150,000 official COVID-19 deaths — the fourth-highest death toll in the world. Yet officials acknowledge that the true count is much higher. Mexico tallied 274,486 more deaths of all types in 2020 than in a normal year, and health experts said the vast majority are probably attributable to the pandemic.

The current surge in cases appears linked to the Christmas holidays, when families gathered in large groups despite entreaties from health authorities. For days, hospitals in several of the country’s major cities have been near capacity, with many forced to turn away desperate patients.

Some analysts said they hoped the contagion of high-profile Mexicans would be a needed wake-up call.

“Yesterday the president, today the richest and most successful businessman in Mexico,” said Gabriel Guerra Castellanos, a former diplomat and political analyst, on Twitter. “They are added to the close to 1,800,000 cases officially confirmed so far in our country. Obviously, serious self-criticism and an urgent rethinking of strategy are needed.”