The Elephant Versus Dragon - Headed for war? 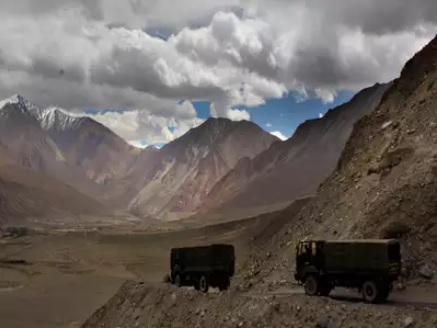 According to sources, the situation is now under control although the two belligerent neighbours are clashing frequently, as per reports.

The Naku La clash witnessed injuries on both sides although exact figures have not been confirmed.

The latest clash at Naku La comes even as Indian and Chinese troops are already engaged in a border standoff in eastern Ladakh.

The clash comes amidst the ninth round of military talks between India and China which lasted for nearly 16 hours as the two sides held detailed deliberations on disengagement of troops from all friction points in eastern Ladakh.
Incidentally, Naku La was one of the original face-off sites between India and China, along with Pangong Tso, Galwan, Gogra, Hot Springs, in early-May last year.
Since May-June 2020, People’s Liberation Army (PLA) has occupied an 8-km stretch from ‘Finger 4 to 8’ (mountainous spurs) on the north bank of Pangong Tso in Ladakh.
In June last year, India and China had reported the first incident of border casualty in nearly five decades with as many as 20 Indian soldiers and an unspecified number of PLA men dying in the brutal brawl at the Galwan Valley, Ladakh.