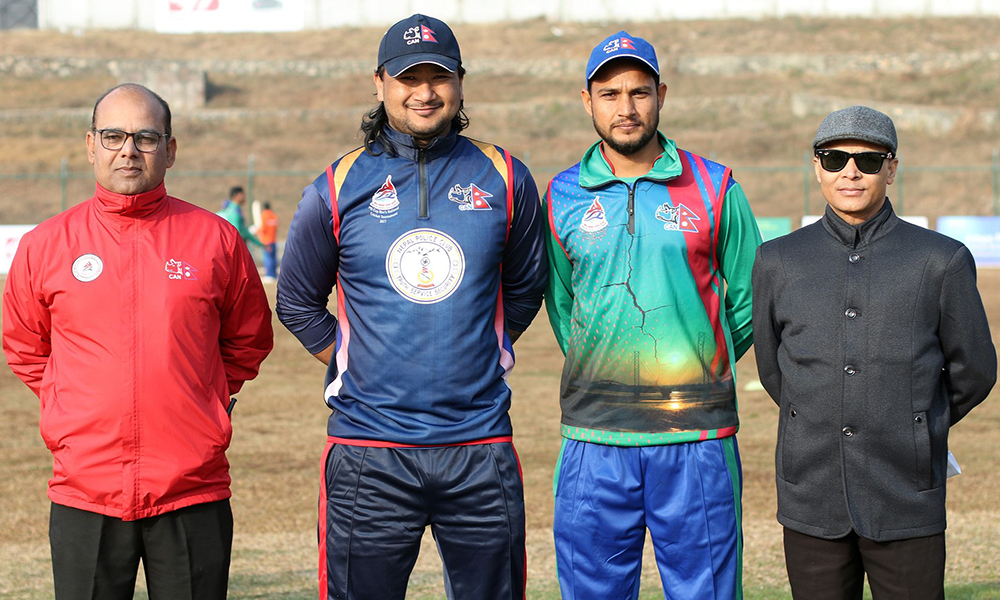 Nepal Police Club has won the toss and elected to field in the Group A match of the Prime Minister Cup Nepal Men’s National Cricket Tournament to be played at the Tribhuvan Cricket Ground in Kirtipur today.

Similarly, in the Group B match to be played at Mulpani Cricket Ground. Province No. 1 won the toss and elected to bat against Tribhuvan Army Club.

Former winners Nepal Police Club, which suffered a humiliating defeat to Bagmati in the first match, wants to get back on track by winning today’s match. Similarly, the Far West, which was defeated along with Bagmati, also wants to do the same.

Both teams want to win today’s game to make it to the last four.