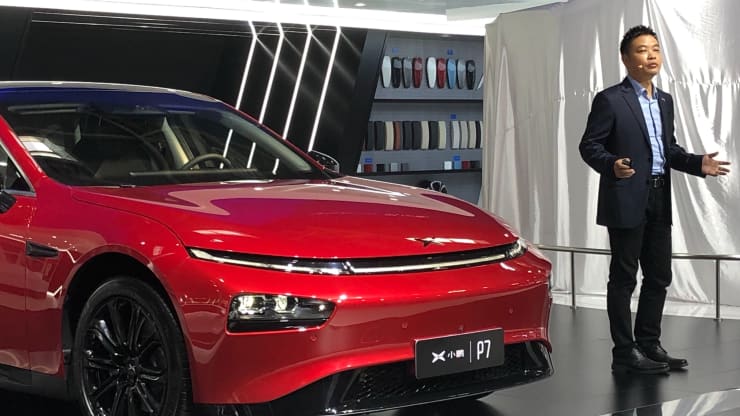 GUANGZHOU, China — Chinese electric carmaker Xpeng Motors has announced a new autonomous driving feature designed to work on highways, as it ramps up its challenge to domestic rivals as well as Tesla.

The feature — called Navigation Guided Pilot or NGP — will allow the company’s flagship P7 sedan to automatically change lanes, speed up or slow down, or overtake cars and enter and exit highways.

It is part of the next generation of Xpeng’s XPILOT 3.0 so-called advanced driver-assistance system (ADAS) which the company expects to launch in the first quarter of this year. ADAS refers to a system with some autonomous features but where a driver is still required.

Xpeng is one of China’s electric vehicle start-ups looking to race ahead in the country’s growing market as it battles other upstarts such as Nio and Li Auto, as well as U.S. electric car giant Tesla.

Mass deliveries of Xpeng’s P7 sedan, a direct rival to Tesla’s Model 3, began last June. Xpeng delivered 27,041 vehicles in 2020 — more than double from a year ago.

The NGP is a challenge to Tesla’s autonomous ADAS called Autopilot. One of Autopilot’s features is called Navigate on Autopilot, which has similar functions to Xpeng’s NGP.

China’s electric vehicle companies are looking to add more autonomous features to their cars. Nio has its own system called NIO Pilot.

A driver will need to watch a safety video before being able to turn on Xpeng’s highway driving function. Drivers need to keep their hands on the wheel while using the vehicle’s autonomous driving features.

Users then input their destination into the map. The car will then begin to carry out some of the functions like lane switching by itself.

Drivers will get a warning when they need to take manual control of the car, for example, during adverse weather conditions or a road accident.

The highway driving feature will be available on the premium version of the P7 and available to customers in China only.