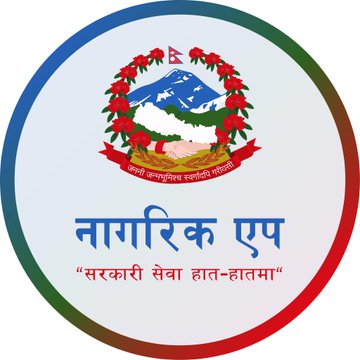 Ramesh Pokharel, Information Officer of the Center, who is also Assistant Director of the same, informed Nepal Press that 61,128 of those who have downloaded the app have already been verified.

According to the Centre, the number of people registering PAN numbers has reached 27,400 during this period while the number of people registered in the Employees’ Provident Fund has reached 2,600. Although there is an arrangement to connect people who are involved in citizen investment and social security funds in the app, no one is connected to it yet.

According to the National Information Technology Center, details in the citizenship, passport or voter identity card did not match with the data in the ministry and thus could not be verified as some SIM cards were not registered in their own names. According to the data from the Ministry of Home Affairs, verification could not be completed due to the differences in the citizenship number, passport number and SIM cards registered in a different name.

He also informed that that the technical team was working to improve the app, which is under experimentation, as difficulties in operation were being faced due to various reasons.

Minister for Communications and Information Technology Parbat Gurung, who is also the spokesperson of the Government, has requested through social media to give suggestions if any error is seen during the operation of the app.

“We are testing the online Nagarik app. Please let us know what aspects can be improved and facilities added. The Digital Nepal Campaign is a tool to make every individual and sector transparent and accountable,” said Minister Gurung.

13,670 people who have passed SLC and 5,870 who have passed +2 have been certified through the app. Information Officer Pokharel said that even though the government has made arrangements to lodge complaints through Hello Sarkar, not a single complaint has been received so far.

The Center has claimed that the ‘Nagarik App’, which was made public by the government on Friday with the slogan ‘Government Service at your fingertips’, has attracted the attention of the users.

The Nagarik app was launched on Friday saying that all kinds of services provided by the government will be digitized and services will be provided from an integrated platform.

Arrangement has been made to get PAN number by applying for citizen PAN card from the app and also to get the details of tax paid to the government.

Through the app, citizens will be able to get details of citizenship, passport, educational certificate and voter identity card, They will also be able to get information about the amount deposited in the account of investment fund, provident fund and social security fund and loan details.

Initially, the digital identity of citizens has been established in the Nagarik app using the data and details available in the Ministry of Home Affairs, Election Commission and Passport Department. The centre has stated that the government has a plan to add a national identity card in the coming days.