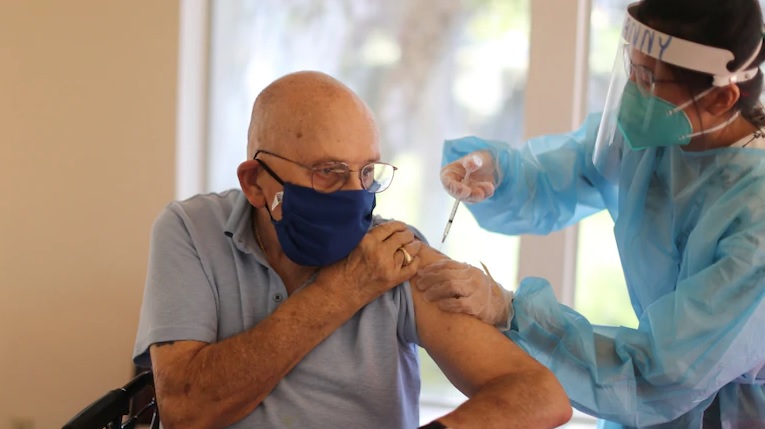 The British Medical Journal has reported that the Pfizer vaccine may be risky for the very old and frail citizens in care homes who are prone to dying of the smallest illness. Doctors in Norway have been told to conduct more thorough evaluations of very frail elderly patients in line to receive the Pfizer BioNTec vaccine against covid-19, following the deaths of 29 subjects shortly after receiving the vaccine.

“It may be a coincidence, but we aren’t sure,” Steinar Madsen, medical director of the Norwegian Medicines Agency (NOMA), said. “There is no certain connection between these deaths and the vaccine.”

The agency has investigated 13 of the deaths so far and concluded that common adverse reactions of mRNA vaccines, such as fever, nausea, and diarrhoea, may have contributed to fatal outcomes in some of the frail patients.

On the other hand, China’s Global Times has offered harsh and strident criticism observing:

Norway is a small Northern European country and only about 25,000 people have been vaccinated with Pfizer vaccines. Twenty-nine deaths are a large number. But surprisingly, mainstream English-language media did not report the incident immediately, as if they had already reached a consensus. Major US and UK media were obviously downplaying their deaths.

“There is a possibility that these common adverse reactions, that are not dangerous in fitter, younger patients and are not unusual with vaccines, may aggravate underlying disease in the elderly,” NOMA’s Madsen said. “We are not alarmed or worried about this, because these are very rare occurrences and they occurred in very frail patients with very serious disease,” he emphasised. “We are now asking for doctors to continue with the vaccination, but to carry out extra evaluation of very sick people whose underlying condition might be aggravated by it.” This evaluation includes discussing the risks and benefits of vaccination with the patient and their families to decide whether or not vaccination is the best course.

More than 20 000 doses of the vaccine have been administered over the past few weeks in Norway and around 400 deaths normally occur among care home residents every week.

Asked if any deaths had occurred in UK patients after vaccination, the UK’s Medicines and Healthcare Products Regulatory Agency (MHRA) said that details of all suspected reactions reported in association with approved Covid-19 vaccines would be published along with its assessment of the data on a regular basis in the future. Based on the available published reports from the clinical trials, the MHRA said it did not currently anticipate any specific safety concerns.

In a statement, Pfizer said, “Pfizer and BioNTech are aware of reported deaths following administration of BNT162b2. We are working with NOMA to gather all the relevant information.

“Norwegian authorities have prioritised the immunisation of residents in nursing homes, most of whom are very elderly with underlying medical conditions and some of whom are terminally ill. NOMA confirm the number of incidents so far is not alarming, and in line with expectations. All reported deaths will be thoroughly evaluated by NOMA to determine if these incidents are related to the vaccine. The Norwegian government will also consider adjusting their vaccination instructions to take the patients’ health into more consideration.

“Our immediate thoughts are with the bereaved families.”

The long critique by the Global Times is also worthy of attention as it comes against the backdrop of an ongoing trade war and the presence of WHO’s team in Wuhan to investigate Covid-19 origins:

In contrast, those major Western media will immediately hype any unfavorable information about Chinese vaccines and try to amplify their impact on public psychology. For example, the data of China’s Sinovac vaccine was lower than expected in Brazil, and it was reported everywhere in Western media. The death of a Brazilian volunteer who participated in the trials also became a major event in Western media. But it was later proven that the death had nothing to do with the vaccination, and Western media lost their interest.

The COVID-19 vaccine is serious scientific issue. The current pandemic situation is extremely critical. It is the fundamental interest of all mankind to have more vaccines to fight COVID-19. However, some mainstream US and British media are taking the lead in putting geopolitical labels on vaccines. They are meddling in political stances with the scientific attitude toward vaccines, using their propaganda to promote Pfizer vaccines and smearing Chinese vaccines.

In fact, the research and development of all COVID-19 vaccines is relatively hasty. They should have gone through more sample tests and longer clinical verification before being fully introduced to the market. But time does not wait, and the pandemic does not wait. The vaccines have been promoted to the front line of the COVID-19 fight with a much faster speed.

If there needs to be some comparison, then China’s inactivated vaccine definitely has more solid foundation in safety than Pfizer’s mRNA vaccine. The inactivated vaccine technology has been very mature and has undergone decades of clinical testing. But it is the first time that the mRNA technology was applied to the vaccine. This large-scale promotion of Pfizer’s vaccine is a continuous process of large-scale testing on human beings.

We believe the US and some Western countries do not have better choices now. Mass vaccination of Pfizer is a must. Even if there are risks, these countries would rather bear them. As long as they can save the lives of most people, they would accept the pros and cons. Western mainstream media turned a blind eye to the death of the 23 people, which can be regarded as a part of their acceptance of the “big picture.”

Western media’s crude double standards on vaccines and their unhealthy mindset show that the US and UK mainstream media’s mentality toward China has gone highly geopolitical. Double standards have become political correctness for them. They are no longer objective in terms of competition with China. Attacking China is their desperate goal.

In terms of the COVID-19 vaccines, Chinese society and the Chinese government have regarded science and objectivity as priorities. In a practical and realistic manner, China has squarely faced the reality that Chinese vaccines lacked sufficient data. Chinese COVID-19 vaccines have been put on the market but are conditional. Vaccination priority will be given to high-exposure populations between 18 and 59 years old, not the elderly. No senior Chinese official has come out to openly endorse Chinese vaccines. Most praises about China’s vaccines are from abroad. Many leaders of developing countries have taken the lead in injecting Chinese vaccines based on their countries’ data of Phase III trials.

However, the Pfizer vaccine has been strongly promoted by the US administration and capital. Their potential risk has been deliberately downplayed by Western public opinion. And public opinion has created an impression that Pfizer’s mRNA vaccine, which is being used for the first time, is safer than the Chinese vaccine.

Regrettably, Washington has promoted China-US confrontation and the US and its major allies have initiated their ideological frenzy. Is there any justice? They believe it is right to suppress China and wrong to be fair to China. Such an attitude has extended to serious scientific and humanitarian fields which should have been far away from politics.

Chinese people need to face such increasingly harsh ideological confrontation whether we are willing to or not. We must defend China’s national interests and support our own country in important competition. To weaken China’s competitiveness, the US and its allies’ public opinions have completely disregarded ethics. Their attitude toward China is nothing but geopolitical logic. We will not cringe from their attacks.