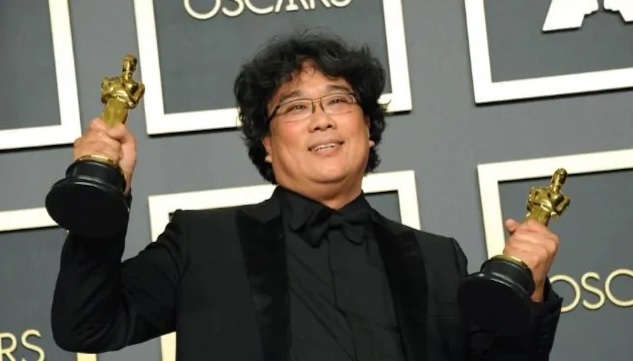 VENICE: Parasite director Bong Joon Ho has been selected as jury president of the 78th Venice International Film Festival, organisers said on Friday. The Oscar-winner will preside over seven jurors to hand out the festival’s top awards, including the prestigious Golden Lion. He’ll be the first South Korean to hold the post.

In a statement, the director said he is, “Honoured to be woven into its beautiful cinematic tradition. As president of the jury — and more importantly as a perpetual cinephile — I’m ready to admire and applaud all the great films selected by the festival. I’m filled with genuine hope and excitement.”

Festival director Alberto Barbera remarked upon the historic nature of the selection. Barbera hailed the South Korean filmmaker as one of the most authentic and original voices in world cinema.

“We are immensely grateful to him for having agreed to put his passion as a cinephile attentive, inquisitive and unprejudiced, at the service of our festival,” Barbera said.

#BiennaleCinema2021 Director #BongJoonHo will be the President of #Venezia78 International Jury!
“Venice International Film Festival carries with it a long and varied history, and I’m honored to be woven into its beautiful cinematic tradition” → https://t.co/dbY6j4q04A pic.twitter.com/aKiOwNrJVD

“The decision to entrust the Jury to a Korean filmmaker, for the first time in the festival’s history, is also confirmation that the Venetian event embraces the cinema of the entire world, and that directors from every country know they can consider Venice their second home.”

In 2020, Bong had created history after his film Parasite became the first non-English and the first South Korean movie to win the Best Picture Oscar.

The movie, which examines the class divide in Korean society through a poor family scheming its way into a rich man’s house with disastrous results, won the Best International Film, Best Director for Bong, and Best Original Screenplay for Bong and Jin-Won.

The Venice Film Festival was one of the only major film festivals to proceed in person last year amid the pandemic. The 78th edition is set to run from 1-11 September.

(With inputs from agencies)