Trump gets his impeachment 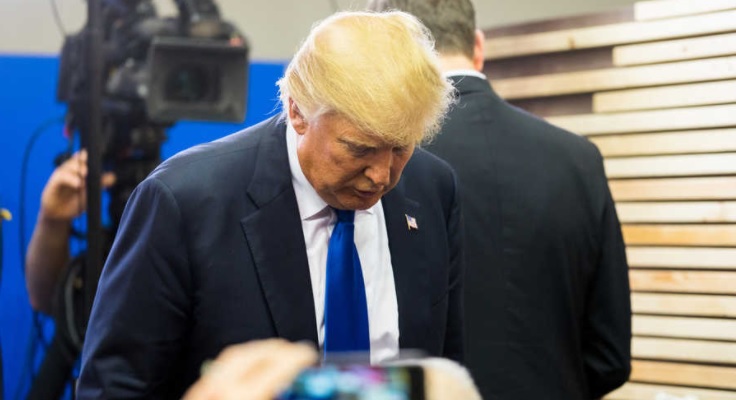 NEW YORK: The NYT has reported that the House on Wednesday impeached President Donald Trump for inciting a violent insurrection against the United States government, as 10 members of the president’s party joined Democrats to charge him with high crimes and misdemeanors for an unprecedented second time.

Reconvening under the threat of continued violence and the protection of thousands of National Guard troops, the House was determined to hold Trump to account just one week before he was to leave office. At issue was his role in encouraging a mob that attacked the Capitol one week ago while Congress met to affirm President-elect Joe Biden’s victory.

The House adopted a single article of impeachment, voting 232-197 to charge Trump with “inciting violence against the government of the United States” and requesting his immediate removal from office and disqualification from ever holding one again.

The defections were a remarkable break from the head of the party by Republicans, who voted unanimously against impeaching Trump just over a year ago.

The vote set the stage for the second Senate trial of Trump in a year, though senators appeared unlikely to convene to sit in judgment before Jan. 20, when Biden will take the oath of office. The last proceeding, over Trump’s attempts to pressure Ukraine to smear Biden, was a partisan affair.

Trump showed no remorse for his actions. But in the run-up to the vote Wednesday, he issued a statement urging his supporters to remain peaceful as federal authorities warned of a nationwide wave of violence surrounding Biden’s inauguration.

“There must be no violence, no lawbreaking and no vandalism of any kind,” the president said in a statement that was read by Republicans from the House floor. “That is not what I stand for, and it is not what America stands for. I call on all Americans to help ease tensions and calm tempers.”

The House’s vote was historic. Only two other presidents have been impeached; none has been impeached twice, by such a large bipartisan margin, or so close to leaving office.