Zee News breaks every law in the book 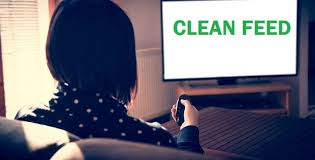 Why are Ministry and Bibhag mum on Zee news foreign ads?

Kathmandu: Indian news channel Zee News has trampled upon Nepal’s self-respect yet again by demanding Indian ownership of Mt. Everest’s name through its opinionated editor Sudhir Chaudhary. The same channel had earned the ire of Cable Operators by its distasteful depiction of PM Oli and the Chinese ambassador earlier.

The even more serious violation of law seems to be its continued broadcast in Nepal, loaded with Indian ads and violative of the terms of downlink licence as per the Clean Feed law in operation. Reportedly, all channels are being monitored regularly in the Bibhag 24×7 and yet, a permanent blind eye is being turned to the wrongdoings of Zee news.

This is a serious breach of content policy, national sovereignty, and then clean feed law. Why this inaction? To add insult to injury after injury after injury ad infinitum, the Zee group of channels also pockets an exorbitant amount of money for its nauseatingly biased channels that denigrate Nepal time and again.

Legal experts are questioning why are the Zee news channel and its local distributor not liable for the repeated breach of law and habitual affronts to Nepal’s sovereignty? Also, why the advertising board specially constituted to monitor and stop such illegalities prefers not to act against bad actors. If Nepal has no control over clean feed, then Clean Feed must be revoked. And if the government wants to exercise control then it must crack down on defaulters. Law cannot be unequal, they added.

Cable operator associations have repeatedly been asking for the compliance of all TV and internet content with censorship, copyright, decency, and national dignity safeguards in Nepali law. ‘Why are they not being taken to task?’, questioned an operator requesting not to be named, adding that cable operators were planning a strong agitation on the matter before elections. There was active consultation in progress with other sectors of the industry adversely affected by the imbalanced implementation of clean feed, said the source adding, ‘We have bled ourselves enough to respect the law, we expect concrete action or we will be forced to take the next steps against law-breaking on internet and by channels like Zee News.’