Why railways make the most extraordinary sense for Nepal? 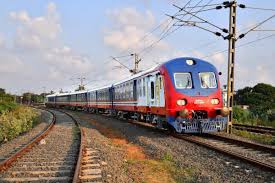 Whether one is travelling within Kathmandu during rush-hour – trapped at Koteshwor, or travelling inter-city elsewhere is Nepal, the lack of options is often benumbing. The world is scrambling to manufacture cars and make highways. No one seems to be talking rail!? This  corporate greed-driven trend appears completely illogical in the face of Nepal’s needs.

Most prudent nations have already invested heavily in railways. We don’t have an operational rail infrastructure in Nepal, at least not yet. Surprisingly, No one is even clamouring or asking for it. Why not? Many hill trains exist in the world so it not that the hilly terrain rules out trains completely.

As more and more people are likely to travel from everywhere to everywhere. Yet, Nepal cannot go utterly electric in terms of surface transport, so it does not make sense to invest so heavily in highway infrastructure alone. It takes no rocket science to understand why Nepal would be better off with an improved railway network both for passengers and freight haulage alike. More so, given the rapidly improving hydropower capacity, electric trains make perfect sense.

Let us look at a few very compelling reasons to understand this better.

Why don’t we think of a fast track railway from Kathmandu to Nijgadh? Is there anyone listening who wants to make this a promise for the seemingly upcoming elections?

I will vote for trains in Nepal!