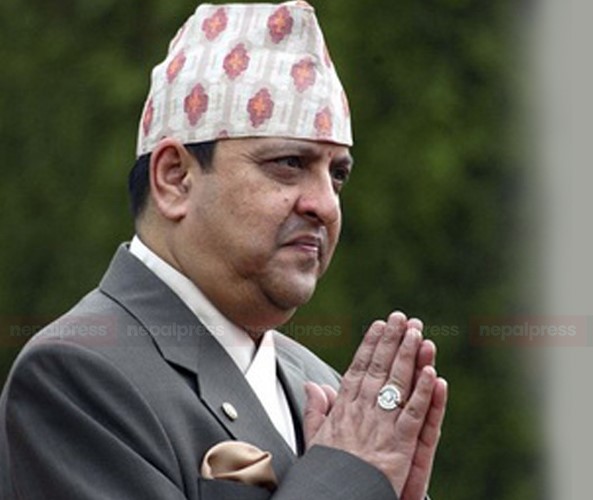 KATHMANDU: Former King Gyanendra Shah has remarked that in the name of change, Nepal has entered the territory in which undesirable activities being carried out to fulfill the desires of aliens, and its own history, religion, culture, and unity are being forgotten.

In a statement issued on the eve of the 299th birth anniversary of King Prithvi Narayan Shah, the former King said that politics was the highest means of serving the country.

Questioning how sincere and nation-centric Nepal’s politics is now, he said it was too late to review it. On the occasion of National Unity Day, the Former King reminded us that it is the tradition of the Shah dynasty to move ahead according to the wishes of the people.

He has demanded stronger unity to save the country. He also said, ‘For the sake of national integrity, unity must be strengthened – the significance of which has been, still is and will be intact. It is our belief that this adds to the essence of Prithivi Jayanti.’

The former King also said that the monarchy of Nepal had behaved according to the constitutional dignity as per the wishes of the people and had shown high courage and sincerity till he abdicated the throne.

The statement of the former king also includes, “For us, the interest of the country and the people has always been paramount In our opinion, politics is the highest means for the country. But how honest and nation-centric is our politics? How favorable is it? It is too late to review it now.”