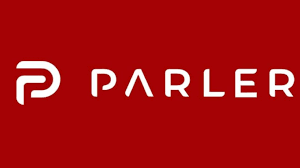 (Agencies) Amazon, Apple and Google have banned the Parler social networking app from their respective services and app stores in the wake of Wednesday’s attack on the US Capitol by a mob of Trump supporters. Parler has been rife with violent comments since before the attack on the Capitol.

Parler’s CEO John Matze posted on his app late Saturday that Amazon had informed him it would no longer help to host his app on its Amazon Web Services platform. The move followed earlier announcements by Apple and Google would be pulling the app from their respective app stores as well.

“This was a coordinated attack by the tech giants to kill competition in the market place,” Matze wrote, adding that his service had become “too successful too fast.” He didn’t address his platform’s comparatively lax moderation rules or its use by extremists ahead of the Capitol Hill riot. He also didn’t mention increasing concerns that social media apps, including Parler, were being used to organize another attack in the coming weeks.

Neither Amazon not Apple immediately responded to requests for comment.

Earlier in the day, Apple said in a statement that it had banned Parler from its App Store because it had failed to appropriately police content posted by users.

Apple has “always supported diverse points of view being represented on the App Store, but there is no place on our platform for threats of violence and illegal activity,” the company said. “Parler has not taken adequate measures to address the proliferation of these threats to people’s safety. We have suspended Parler from the App Store until they resolve these issues.”

The App Store is the only way to distribute apps to iPhones, so banishment poses a serious challenge to online services, though they can often still be reached through websites.

“We’re aware of continued posting in the Parler app that seeks to incite ongoing violence in the US,” Google said. “We recognize that there can be a reasonable debate about content policies and that it can be difficult for apps to immediately remove all violative content, but for us to distribute an app through Google Play, we do require that apps implement robust moderation for egregious content.”