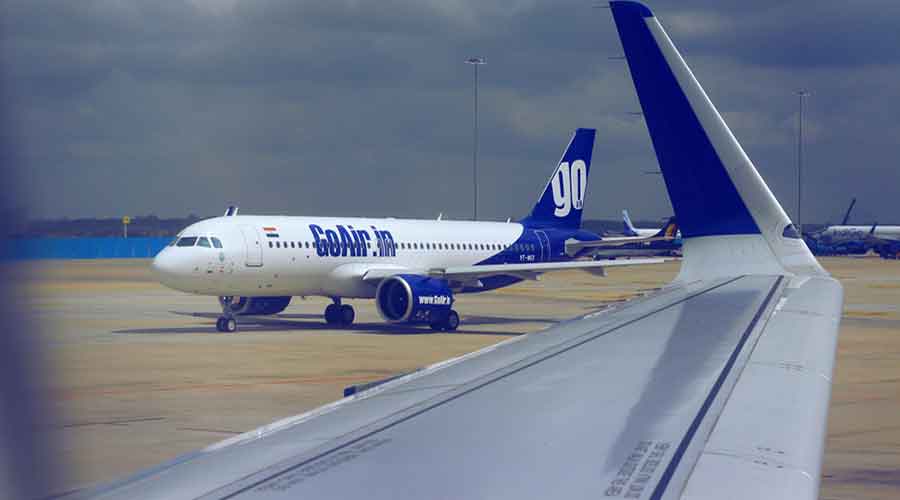 The Telegraph has reported that the hashtag “IdiotPM” trended on Twitter on Sunday, reflecting the backlash building up after GoAir sacked a pilot — an Indian Air Force veteran — for allegedly tweeting insulting remarks against an unnamed Prime Minister.

Military veterans added their voice to the social media chorus, expressing outrage at the airline’s action against Captain Miki Malik.

Captain Malik, who had joined civil aviation after spending 25 years in the IAF and retiring as group captain, had tweeted on Thursday: “PM is an idiot. You can call me same in return. It’s ok. I don’t matter. Bcoz I am not PM. But PM is an idiot. Period.”

Captain Malik had later tweeted an apology. “I apologise for my tweets about PM, other offensive tweets which may have hurt sentiments of anyone associated. I convey that GoAir is not associated with any of my tweets directly or indirectly as they were personal views.”

Several social media users have mocked the airline for failing to explain why it had chosen to sack its senior pilot.

Landing the airline on tricky terrain, some wondered how GoAir had arrived at the conclusion that Captain Malik was referring to a particular “PM” although he had not named anyone.

Veteran R. Bhaduri said in a tweet: “#Idiot is top trending on Twitter India. Well done #mickeymalik. More power to you. @goairlinesindia shame on you!”

Twitter user Salman Abdi weighed in with: “This guy Miki Malik didn’t mention which PM but @goairlinesindia is smart enough to know which PM is idiot. PM is an idiot.”

A Twitter handle called “just a common man” wrote: “Now the Pilot wrote PM is an Idiot, not Indian PM. How did Go Air management know which PM?? India wants to know.”

The Twitter bio of Captain Malik, who had flown then Prime Minister Manmohan Singh into Great Nicobar after the 2004 tsunami to review rehabilitation efforts on the island, says: “IAF veteran, now in civil aviation. Common sense, plain speak, no overt piety or patriotism.”

An IAF officer said: “He was an extremely good pilot and was judged highly by his superiors. He became a squadron leader in 1996 and a group captain in 2008.”

Calls to boycott the airline have surfaced. “Hello #BoycottGoAir pilots, tighten your lips n learn bhakti lest you are next to fall. Look for better opportunities. This pathetic airline is not worth it,” Colonel (retired) Dinesh Kumar tweeted.

“This #BoycottGoAir is a pathetic airline. When it cannot honour a battle-hardened pilot, it cannot provide good services to fliers. 100 per cent boycott,” he said in another tweet.

Brigadier A.K. Jairath (retd) tweeted: “I hereby pledge that I will never travel by GOAIR @goairlinesindia. What about you?”

Gulvinder Singh tweeted: “GoAir is coward, and next time I book a flight ticket, I will make sure to tell my agent to not book GoAir. Sacking your employee under political pressure is so shameful. @goairlinesindia now please cater services to BJP & their bhakts only.”

A spokesperson for the airline had, when asked about Captain Malik’s tweet, said on Saturday: “GoAir has terminated the services of the captain with immediate effect.”

The GoAir spokesperson said the airline had a zero-tolerance policy on such matters and it was mandatory for its employees to comply with the company’s employment rules, regulations and policies, including social media behaviour.

“The airline does not associate itself with personal views expressed by any individual or an employee,” the spokesperson had said.