To Mars, On Methane 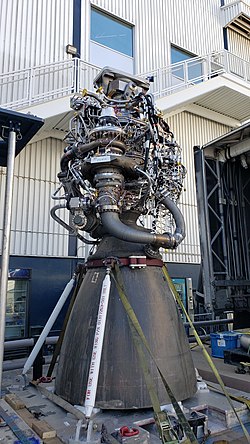 Shocking though it may sound, but a SpaceX rocket launch only causes emissions that equal transporting 341 persons across the atlantic. Or that is a level of CO2 that is mitigated by the next 59 Tesla cars sold. But Elon Musk won’t rest on his laurels. Clean Technica reports on his that his new series of powerful Raptor rockets fuelled by Methane gas will be reversible. How – that is bound to be the question?

They will swallow their emitted CO2 gas back and re-convert that into fuel. Howzzat!?

Zero-emissions vehicles are great for the environment, and Tesla makes a lot of them. Elon Musk also owns SpaceX, but rockets without fire and fire without smoke does not make sense. When someone sees a rocket launch, it’s obviously a hugely smokey event. As goes the song, “Goodness gracious, great balls of fire!”

Everyone looks forward to Elon to see what everybody thinks can never happen. And he has done it again as Elon Musk tweeted that practically zero-emissions rockets are definitely on the way.

Indirectly, an electric rocket is possible by using electricity to convert CO2+H2O —> CH4+O2. This will be needed on Mars even for early missions & Earth too over time.

Current SpaceX rocket designs use Merlin engines. Like many other launch companies and government entities, Merlin engines use RP-1 fuel, which is basically a more refined version of the fuel most jet engines and oil lamps use (kerosene). They mix it with liquid oxygen and combust it, releasing not only CO2 and H2O, but also a lot of pollutants like hydrocarbons, carbon monoxide, and various oxides of nitrogen.

For newer rockets, like the Starship and Super Heavy that it is building to go to Mars, SpaceX is using the latest Raptor engines. While there are many ways that Raptors are improved over Merlins, the key difference is that they burn methane (CH4) instead of RP-1. Methane burns like RP-1, but its molecules are far basic compared to kerosene. When you combust a methane molecule (CH4) with two oxygen molecules (O2), you only get carbon dioxide and water in the exhaust, with none of the other contaminants.

This alone is a huge advance, but as Elon Musk envisions, it’s possible to make methane rockets even better. Emittingwater vapor out doesn’t cause climate change, but carbon dioxide is the culprit.

Use the emissions to make fuel again

By capturing carbon dioxide (CO2) from the atmosphere where the rocket left it behind, you can make up for what the rocket did. You then take the carbon dioxide, add some water, and use the Sabatier Reaction to put the methane back together. You can then use the methane to power the next rocket.

There’s a catch, though: it takes electricity. You need a metal like nickel to act as a catalyst, and you need a lot of electricity to make the carbon dioxide and water into methane. The good news is that it doesn’t matter where the electricity comes from, so it’s possible to use solar power, hydropower, wind power, or another clean source. So, if you play it right, you’re still at zero emissions!

Get ready for Mars with Methane

It’s likely that the first place you’ll see SpaceX use this will be on Mars. On Earth, it’s easy to get methane from natural gas. After all, it’s the main ingredient. Using Sabatier to make methane is an expensive process compared to buying natural gas, so it doesn’t make a lot of sense just yet. The current goal is to get the company to Mars and set up a colony, which is going to be an expensive undertaking. 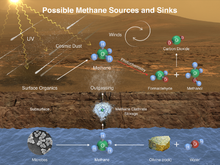 There aren’t any natural gas pipelines on Mars, though. If you want fuel for Starships, you’ll need to either take a lot of the stuff to Mars or find a way to make it there. It’s a long, long trip to Mars. Even light, the fastest thing we know of, takes between about 4 and 20 minutes to get there. The long trip and extra launches would make it prohibitively expensive to get natural gas there.

On the other hand, Mars’ atmosphere is mostly carbon dioxide, and there’s plenty of water in the polar ice caps. It’s also possible to use solar panels or other electricity sources on Mars to power the Sabatier reaction, so it’s a really good way to come up with fuel for return trips to Earth or even trips to other places in the solar system.

The biggest news with Elon Musk’s tweet is that SpaceX eventually plans to produce fuel this way on Earth. We also have plenty of carbon dioxide and water here, but we can’t afford to keep putting more carbon in our atmosphere in the long run. Fortunately, not doing that is part of the future plan.