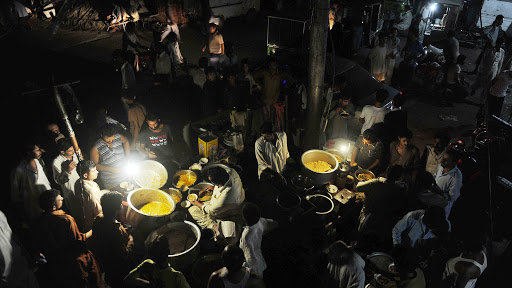 “A countrywide blackout has been caused by a sudden plunge in the frequency in the power transmission system,” Pakistan’s Power Minister Omar Ayub Khan said on Twitter urging people to remain calm.
Largest Grid Failure
This is Pakistan’s most widespread power shutdown in the country since 2015.
In a statement, the Ministry of Energy said that, according to an initial report, there had been a fault at the Guddu Thermal Power Plant in Pakistan’s southern Sindh province, which had caused power plants across the country to shut down.
In Karachi, witnesses reported seeing long queues at gas stations as people rushed to buy petrol for their home generators, which had been running overnight.
Generators take over
“There are long lines outside petrol pumps in the city, cars are queuing as people buy fuel for their back up generators. I was in the line, people have been waiting for hours with petrol cans in hand,” said Akbar Saifi, a resident in Karachi.
Efforts are now underway to restore power to various parts of the country. Large swathes of Karachi, the largest city in Pakistan, still do not have power, according to information shared by K-Electric, the company supplying power to the city.
At 6:44 a.m. local time on Sunday, the Minister for Energy Omar Ayub Khan tweeted that power had been restored to major parts of the capital city of Islamabad.
Abdullah Khan, spokesperson of PIA, the main airline of Pakistan said that all flight operations remain functional despite the power outage.
“All major airports in the country have back up generators,” he said.
Power breakdowns are not uncommon in Pakistan and most major hospitals, airports and other institutions have their own generators. Those who can afford, often keep petrol-run generators at homes in case of power cuts.