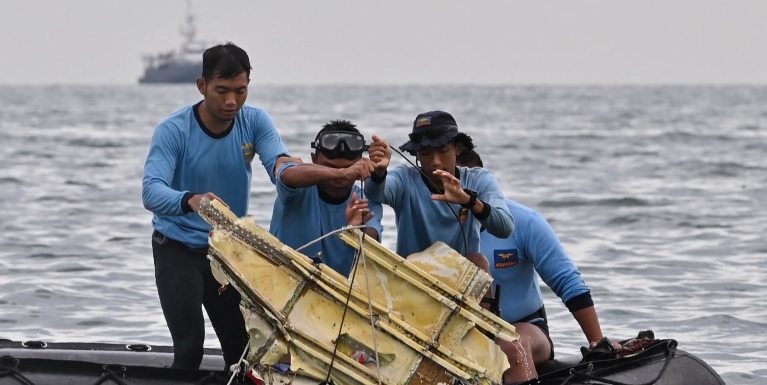 The European Union praised the Nepal government’s commitment to improving its air safety mechanism, but INTENT alone does not suffice. With regards to Nepal’s performance, the lawmaking body—the European Commission—has questioned the issuance of air operator certificates to new Nepali carriers without sufficient compliance with international safety standards. Nepal’s performance on the safety front runs parallel to Indonesian airlines, if not decidedly worse.

That the ban on airlines from Nepal from flying to Europe for their failure to adhere to safety standards has entered its eighth year is not only a matter of shame but also heavily underscores the risk.

AT THE VERY BOTTOM

As per airlineratings.com – A handful of airlines received a one-star rating for safety – these were Nepal Airlines, Iran Aseman Airlines, Blue Wing (Suriname), Air Blue (Pakistan), Scat (Kazakhstan), Air Algerie (Algeria) and Pakistan International Airlines. The latter airline had the second-deadliest incident of 2020, when an Airbus A320 crashed near Karachi in May, killing 98.

“While we don’t know anything else about the cause of this crash, the biggest thing concerning me is serious concerns about Indonesian air safety standards that were identified by the European Union Aviation Safety Agency and others years ago,” Aboulafia said. “I am not completely certain that the proper procedures have been put in place.”

On the Indonesia crash, Bloomberg news has quoted a leading aviation specialist as saying that without access yet to the plane’s black-box flight recorders, it’s impossible to say what may have triggered the sudden dive, said Jeffrey Guzzetti, the former head of accident investigations at the U.S. Federal Aviation Administration. “Right now, given the amount of sparse information, that flight track could fit many scenarios, such as flight crew confusion, instrumentation problems, catastrophic mechanical failures or even an intentional act,” he said.

Drastic Plunge into the Ocean

However, the heavy rains may be a factor, as per the ongoing discussions. The weather has been a contributing factor in several of the past crashes. On Saturday, heavy rain in Jakarta delayed the takeoff for the 90-minute flight to Pontianak on the island of Borneo. About three minutes after lifting off, it leveled off at an altitude of about 10,000 to 11,000 feet for almost a minute before a rapid descent to the water in just 14 seconds, according to Flightradar24’s tracking data. That meant it was dropping at more than 40,000 feet per minute, a rate far above routine operations.

“This is not even the model before the Max, it has been in service for 30 years so it’s unlikely to be a design fault,” Richard Aboulafia, aviation analyst at Teal Group Corp. said by phone. “Thousands of these planes have been built and production ended over 20 years ago, so something would have been discovered by now.”

The jet’s disappearance comes as the aviation industry is reeling from the effects of the coronavirus pandemic, which brought air travel to its knees. Covid-19 tore through in a tumultuous, unprecedented way — leaving carriers in a deep hole, along with a constellation of aerospace manufacturers, airports and leasing firms. The International Air Transport Association said last week that global passenger demand dropped significantly during November, down 70% versus the same period of 2019 when measured in revenue passenger kilometers.

Search On for bodies and Blackbox recorder

Indonesian authorities said they have sent several search vessels from Jakarta to the plane’s last known location in the Java Sea, believed to be only around 25 meters deep, and divers are preparing to search for the aircraft’s black box. First responders were also deployed to the site to aid potential survivors, local TV reported. Of the 62 people, 56 were passengers, including seven children and three infants, and there were two pilots and four cabin crew, local media reported. There were no foreign nationals on board.