House dissolution and the legal jargon 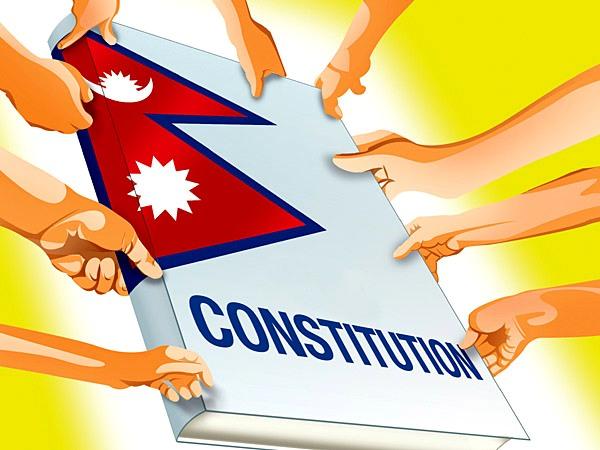 Every day there are developments on the recent decision of house dissolution. Views are being exchanged loudly, and facts are being contested hotly. Many people are not clear on what the Hon’ble Supreme Court may be deliberating in this heat and dust. We do not have access to the petitions filed, but we are trying to give a simple explainer on what the controversy seems to be about – for the benefit of our readers.

PM dissolved the House and called for fresh elections.

Later in the day, a no-confidence motion was moved by a faction of the ruling party, reportedly after the house dissolution was announced.

This was in the background of an ongoing internal power struggle. Two ordinances were brought by the PM and assented by the President that hastened the turn of events. Ordinances are laws that are made without parliamentary approval in emergent situations.

Q: Can the PM dissolve the House?

Q: What about the government’s authority under the parliamentary system as per Nepal’s present Constitution?

A: That is the subject matter of discussion and argument in the Hon’ble Supreme Court. But broadly it is accepted in the Westminster model abroad, that Nepal follows with some exceptions.

Q: Why did the four ex-Chief Justices object to the PM’s move yesterday?

A: As per their statement, the PMs step is not as per the provisions of Article 76 and deviates from the basic spirit of the constitution.

Q: What is the “basic spirit of the constitution”?

A: There is no such legal term but they may or may not be referring to the basic structure doctrine. That is a common law legal doctrine that the constitution of a sovereign state has certain characteristics that even its Parliament cannot erase. No power even of the parliament is absolute and immune to judicial review. If the Supreme Court finds any law made by the Parliament inconsistent with the constitution, it has the power to declare that law to be invalid.

The doctrine is recognized in India, Bangladesh, Malaysia, Pakistan and Uganda. In this manner, the Supreme Court holds sway NOT only upon every elected office but also over the Parliament to protect the constitution from bad laws.

Q: What is being discussed in the Supreme Court?

A: While the proceedings are sub-judice, it can only be reasonably deduced that the Hon’ble Supreme Court is analysing:

Q: What is the argument against the PM?

A: The main argument is that arbitrarily dissolving the House to safeguard the PM politically is not as per the extant Constitution of Nepal.

The ruling Communist alliance had a clear mandate and it had an absolute majority. It had won 175 of the 275 seats in the federal parliament and formed governments in six provinces.

Q: What were the PM’s grounds? Did he act alone?

A: No, the PM did not act alone sent his recommendation to President Bhandari, who acting on the recommendation of Prime Minister KP Sharma Oli, accepted the proposal to dissolve the House of Representatives, the lower House of Nepal’s bicameral parliament.

The statement by the president’s office states that the decision was taken as per ‘Article 76 (1) and (7) and Article 85 of the constitution and other parliamentary norms and practices’. Article 76 says that the prime minister can recommend the dissolution of the House of Representatives if he fails to obtain a vote of confidence. In contrast, Article 85 pertains to the term of the House of Representatives.

Q: What were the circumstances when this was done? Why is the opposition alleging foul play?

A: The opposition has alleged that a mandatory house sitting every six months was approaching as per the rules. To thwart that, the PM brought the ordinance to amend the Constitutional Council Act to gain control over several constitutional bodies, including the anti-graft body. Another ordinance amending the Political Parties Act was also brought out, making it easier to split the party.

On this, disgruntled parliament members went on to register a no-confidence motion despite the House not being in session and there being no special session called.

Apprehending the loss of majority in both party and the House, the prime minister resorted to the desperate move of dissolving parliament.

It is officially on record that the dissolution of the House of Representatives was done – before the no-confidence motion.

Q: What are the laws that are being questioned?

A: As per the opposition,

The president has invoked Articles 76(1), (7) and Article 85 to approve the dissolution of the House.

Article 85 states that the term of the House shall be of five years ‘unless dissolved earlier pursuant to this Constitution’.

Article 76(7) is the only provision under the Constitution that envisages a dissolution of the House.

Under Article 76, the president has to exhaust all efforts to form the government, either by the leader of the party commanding majority [Art.76(1)] or leader of a coalition of parties [Art.76(2)] or leader of a single largest party [Art. 76(3)] or ‘any member’ with the potentiality to command majority [Art. 76(5)], only then the House can be dissolved on Prime Minister’s recommendation under Article 76(7).

The above provisions are for  ‘Constitution of Council of Ministers’, and Article 76 makes it clear that it is about the formation of the government;

Q: What is the PM’s stand legally?

A: The PM’s reply to the Hon’ble Supreme Court states that: