Covid comes back in China 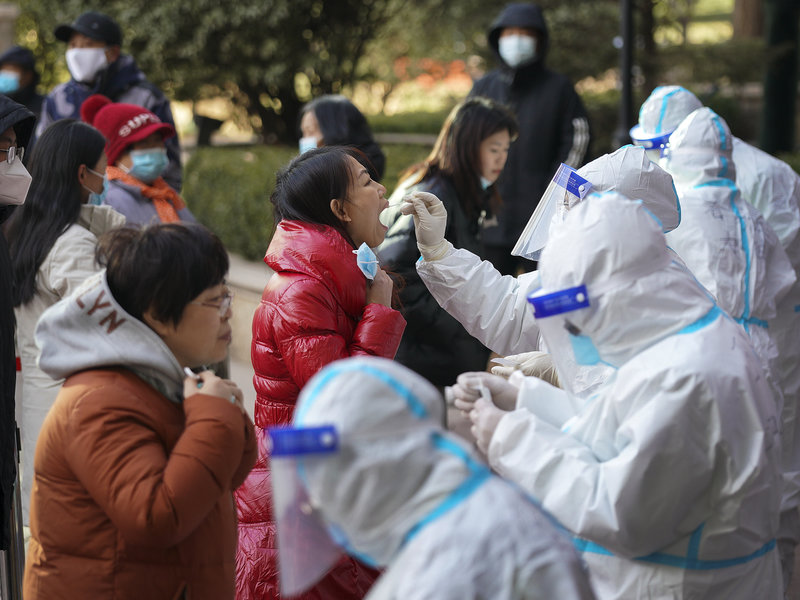 In this photo released by Xinhua News Agency, medical workers in a protective suits take swab from residents near a residential area in Shijiazhuang in north China's Hebei province on Wednesday, Jan. 6, 2021. Lockdown measures were being imposed in a northern Chinese province where coronavirus cases more than doubled in the region near Beijing that's due to host some events in next year's Winter Olympics. (Mu Yu/Xinhua via AP)

Authorities in China are imposing new coronavirus restrictions near Beijing after a spate of recent outbreaks.

The Associated Press reports that the cities of Shijiazhuang and Xingtai, in the Hebei province, have issued seven-day stay-at-home orders after a week in which more than 300 people tested positive for the coronavirus.

Multiple outlets have reported that local officials announced restrictions on outbound travel from Shijiazhuang, which is home to 11 million residents, as well as bans on gatherings, school suspensions and the closing off of some villages and residential communities.

Beijing is also requiring workers from the province to provide proof that they work in the city and a negative coronavirus test to enter. Entry points into Beijing, the AP says citing Chinese media, had hourslong backups on Friday.

The South China Morning Post quotes province officials as saying the lockdown in Shijiazhuang is necessary for the “political security” of Beijing, which borders the province.

The SCMP goes on to report that many cases in Shijiazhuang were tied to a series of weddings, funerals and other events in a rural village under the city’s administration.