Read at your own risk 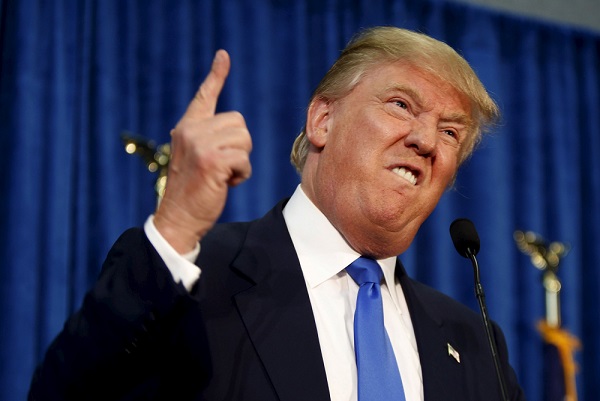 President Trump’s latest indiscretion amounts to an act of treason reports the WP.

After losing the house in 2018, Trump proceeded to lose Presidential reelection in November. The last remaining feather was plucked from his cap as he lost the Senate this Tuesday.  But come Wednesday, in a naked show of defiance, he incited a mob to attack the U.S. Capitol to reverse the electoral outcome, butcher democracy, and gain another term as President. The action, by all accounts, seems like a bizarre Hollywood movie. The elements of a power-drunk leader, the mindset of a two-penny gangster, and the belligerence and cunning of a Nazi megalomaniac – is this, not the stuff dumb movie villains are made?

Reportedly, ‘Trump fomented a deadly insurrection against the U.S. Congress to prevent a duly-elected president from taking office. Treason is not a word to be used lightly, but that is its textbook definition.’

But the best part of movies is the dialogues that the bad boys deliver, here is a look at the words Trump spoke, quite reminiscent of a Hollywood motormouth!

Here are some excerpts of his grave antics – the words that Trump used to incite the mob.

“We will not take it anymore, and that’s what this is all about,” he told a sea of white supremacist MAGA fans and Proud Boys on the Ellipse outside the White House at noon. From behind bulletproof glass, he told them: “If you don’t fight like hell, you’re not going to have a country anymore.”

Trump ally Rudy Giuliani had proposed, to the same crowd, a “trial by combat” to resolve Trump’s election complaints.

And Donald Trump Jr. delivered a political threat to lawmakers who don’t vote to reject the election results: “We’re coming for you.”

The elder Trump worked the crowd into a frenzy with his claim that victory had been stolen from him by “explosions of bullshit.”

Trump instructed his supporters to march to the Capitol — “and I’ll be there with you” — to “demand that Congress do the right thing” and not count the electoral votes of swing states he lost. “You’ll never take back our country with weakness, you have to show strength, and you have to be strong,” he admonished them, with CYA instructions to make themselves heard “peacefully and patriotically.”

“We’re going to the Capitol,” Trump told the mob.

Having finished on that note, Trump hid behind the safety of the White House fortress. But his supporters, suitably incited, marched to the Capitol and murdered democracy.

PS: After the riots: It took Trump nearly three hours of deep-introspection and outside prodding before he released a video telling the rioters to “go home” — even as he glorified the violence by saying “these are the things and events that happen when a sacred landslide election victory is so unceremoniously & viciously stripped away from great patriots.”

Before he lost the election, Trump refused to commit to the peaceful transfer of power. During the campaign, he defended militia violence motivated his violent white nationalist supporters to “stand by” — part of a well-documented pattern of encouraging violence since he launched his first campaign in 2015.