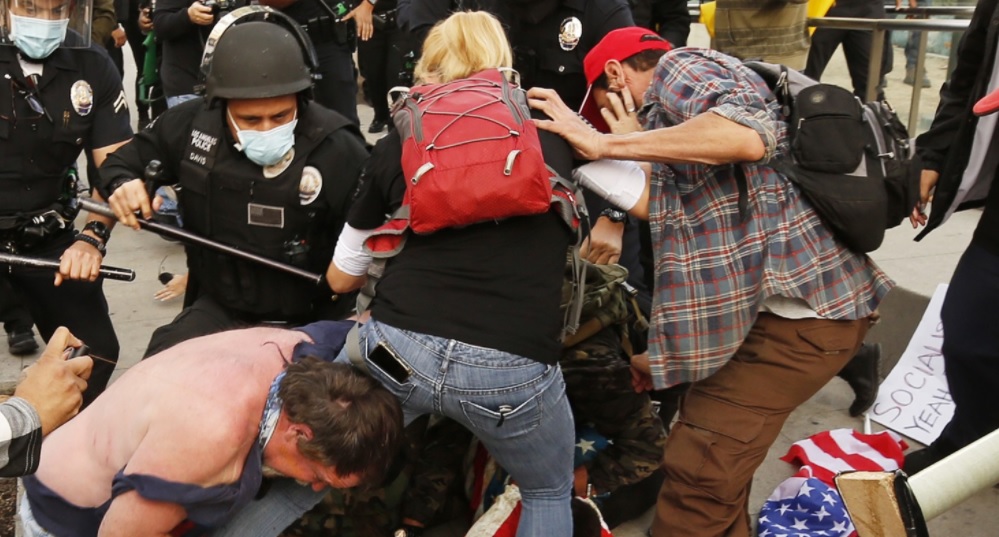 A crowd of about 200 gathered near Los Angeles Police Department headquarters, waving American flags and chanting, “Do your job,” as officers tried to control them. Police declared the gathering an unlawful assembly about 1 p.m.