India’s Farmer-Government stalemate after 7th Round of talks inconclusive 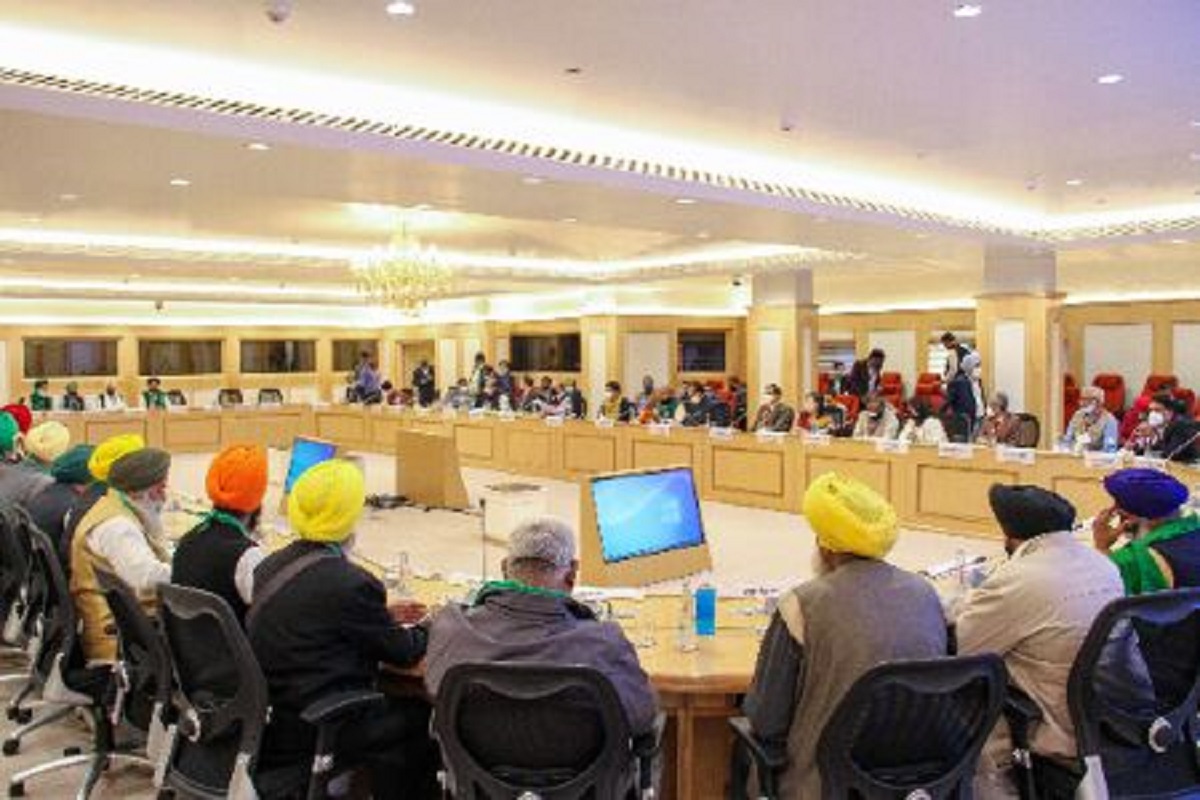 DELHI: The seventh round of talks between the farmers and the Centre remained inconclusive and Agriculture minister Narendra Tomar clearly said that the laws will not be repealed.

As reported by NDTV, Sarwan Singh Pandher of the Kisan Mazdoor Sangharsh Committee has even told farmers to approach the Supreme Court for repeal of the laws.

“We urge the youth of Punjab to prepare for a long haul. We will take out a big procession on Republic Day,” he added.

Union Agriculture Minister Narendra Singh Tomar, Railways, Commerce and Food Minister Piyush Goyal and Minister of State for Commerce Som Parkash, who is an MP from Punjab, were present at the meeting with the representatives of 40 farmer unions at Vigyan Bhawan in New Delhi.

The eighth round of meeting between the two sides is scheduled for January 8, Friday.

Bharatiya Kisan Union (BKU) leader Rakesh Tikait, who participated in the meeting, told PTI that the first hour of discussion remained focussed on the three laws. “Our demand is the repeal of the laws. We will not agree to any alternatives such as the setting of the committee,” he had said.

Earlier, at the press conference organised by the seven-member coordination committee of the Samyukt Kisan Morcha, a joint front of 40 farmer organisations that are protesting for over a month at the Delhi borders said that the farmers shall ‘peacefully and non-violently’ lead a tractor parade into Delhi and across the country on Republic Day, January 26.

The farmer leaders had also said that if the talks on January 4 do not succeed then they will organise a ‘march or parade’ from Singhu border and Shahjahanpur to Delhi. They will organise tractor and trolley rallies from January 6 to 20. On Lohri, which is on January 13, the copies of the farm laws shall be burnt and January 18 will be celebrated as Mahila Kisan Diwas to mark and honour the women protesters.