Easing of overseas dollar payments by NRB – Do we need to plug abuse? 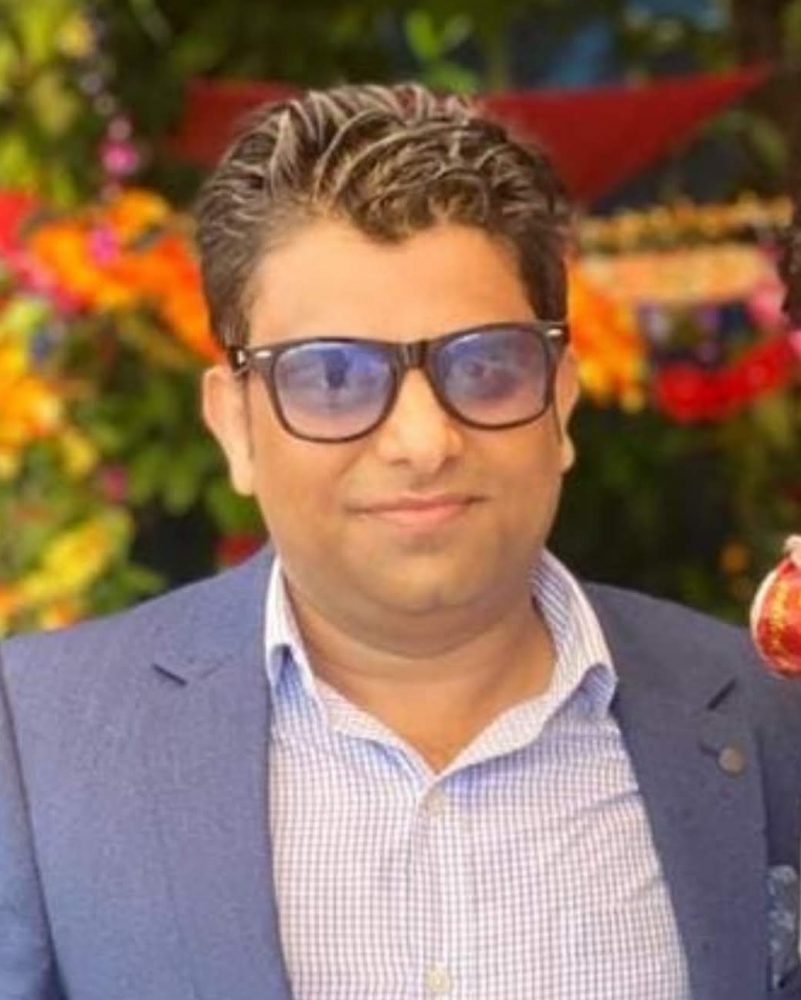 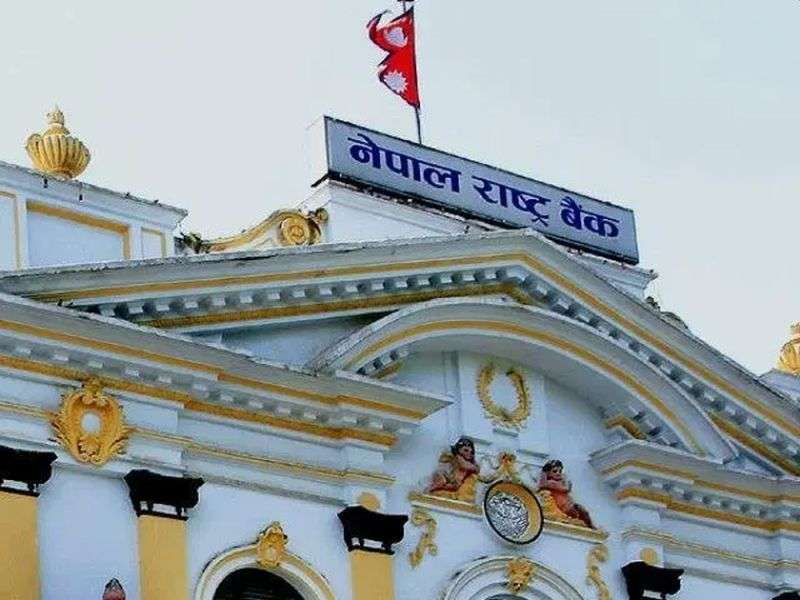 Governance is often sacrificed on the altar of political expediency, and laws and rules are sometimes overlooked in favour of public sentiment. Thus, ‘rule of law’ nowadays is a somewhat misleading term. It may refer to ‘misrule’ in the name of the law or blatantly wrong application of ‘law’. Often, the ‘rule of law’ is everything except what it says it is. Such abuse of legal provisions, has many key underlying reasons – the usual one being the thinly veiled canker of vested interest. While shrill hue and cry add to the din, the recent chain of events proved that self-preservation is paramount in all-pervading insecurity.

But besides the significant hats in the ring, even the council of Ministers is trapped in a limbo. When an august office is the storm’s eye, everything surrounding it is bound to be affected. We are not pronouncing anyone wrong or guilty here – but it is sad to see how politics works today. The harsh truth is that a plain reading of ‘Dibya Upadesh’ by the Great Prithvi Narayan Shah, will convince us that actions of the powerful today are a classic example of what-not-to-do.

The long-reigning confusion at the top has severe consequences for the nation. This has been demonstrated repeatedly by systemic failure on many fronts. In the midst of this, a possibility arises of some corrupt actors deriving undue benefit from the sorry state of affairs. Governments come and go, but corruption stays affixed to the system. Many Ministers are new in their roles, and they may be led wisely or unwisely by such interfering busybodies. Information and Communications Minister, Sh. Parbat Gurung spoke publicly about this problem. Seeing a vital cabinet minister articulating publicly that many insiders were trying to mislead him – is indeed a symptom of very serious disease.

There was another recent executive action that was welcomed by everyone except those who know the law. The Nepal Rashtra Bank governor recently announced that dollar payments would be allowed to ordinary Nepalese citizens.

This is a welcome step to cater to genuine needs but the huge problems it potentially raises need to be considered deeply. No one here is talking of the sins of commission or omission, but the scope for abuse of this provision is absolutely enormous. Are there are any guidelines or safeguards to ensure that this provision is used in consonance with Nepal’s laws? 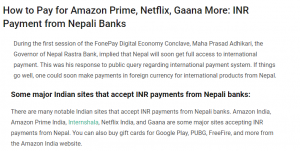 For example, Bitcoin is illegal here, but it is legal in many other countries.

Bitcoin is legal in India, and we have four million-plus Nepalis there, many of whom are already facilitating the flow of money abroad for their relatives and friends. What has been done by the Nepal Rashtra Bank to ensure that no one can abuse this provision to break Nepali law against Bitcoin? Netflix, Amazon Prime and other such foreign OTT apps are totally in the legal black zone. Still, with such an unrestricted proviso, people are definitely going to use this facility to buy all kinds of overseas online OTT content that costs only a few dollars per month.

But what is wrong with this? That is the point that needs to be understood first since it involves laws on several fronts.

If the ramifications are profound, then it cannot be assumed that any lack of oversight was innocent. Maybe, someone – seemingly misled by a section of vested interests, were privy to pushing this decision without the required safeguards. Perhaps, the blatant abuse potential arising from a free payment facility was indeed – innocently overlooked. It has been widely reported by various media outlets that Nepal Rashtra Bank would be offering dollar payment option to internet users to pay for overseas OTT apps. This conclusion comes from the widespread news generated about this move. It amazes me no end to think that ignorance of the law is not an excuse for anyone. When will this ‘ignorance of the law’ end?

If no censorship applies to foreign OTT apps, why should any censorship/content-guidelines apply to Cinema, Songs, TV content, print media or radio in Nepal?

If there is a policy in place, it extends to everyone or no one at all. Law cannot be applied in a lopsided, whimsical and picky-choosy manner for some while leaving others out. If the nudity, abuse and violence of Alt Balaji or the raw soft pornography of Game-Of-Thrones are OK, then please don’t stop the domestic industry from making money by doing the same.

Nepal is already in free fall in terms of the record number of ‘abortion pills’ being consumed by unmarried girls and as an origin point for the export of young girls and women for prostitution. With nearly a century of rapes reported around this years Dashain, let us accept that we have adopted the culture of Ravana while invoking the name of Lord Ram, constitutional and legal morality be damned!

Not only that, there is another dimension to this colourable exercise of power. The said OTT apps are illegal since presently, no OTT law in Nepal governs the flow of such content. The OTT apps, whether domestic or local – have no legal basis under the currently existing regulations. They have not acquired any downlink licenses or taken any permission to operate their business in Nepal. (For that matter, neither have YouTube, Facebook or TikTok). Then why is Nepal Rashtra Bank rushing to promote this ongoing abuse?

Video is video, whether it is user-generated, user-curated, edited, performed or manipulated in any manner. What makes any video on mobile phone or laptop any different from a video being shown on linear TV? The only distinction is that anything online or internet-enabled is allowed to break the law with impunity and total immunity – while the domestic TV industry keeps on grovelling in dust, like lowly minions asking for the mercy from the demi-gods of the law! This is our country gentlemen, and we are only asking for a uniform application of the code.

Why are we allowing uncensored content from the backdoor without asking any questions?

This is particularly troubling since it is happening:

Why is this so? Why is the playing field so uneven that internet players can break any and every law with impunity in the name of internet freedom?

While regulators in every part of the world are cracking down on the illegal practices of even internet behemoths like Facebook and Google, then why are the authorities in Nepal increasingly becoming permissive in allowing total lawbreaking? This may have sinister implications for the direction in which Nepal is heading. We humbly request that the concerned ministries address this and calibrate their actions following the law of equality and fairness to everyone.

People who are getting to watch such content online would argue that such controls are unnecessary.

Still, the critical question here is –

Whether it is compliant with broadcast law as clean feed policy, Or is there inaction and hypocrisy?

Whether it is censorship or copyright violation, or tax theft or absence of governing law for OTT – Why this inaction and hypocrisy?

What is clear is that the law is not being applied equally for all. If the law is indeed the same, then:

Either everyone requires a downlink licence, or no one needs it.

Either the same law governs everyone, or no one is governed by law.

These are the hard choices for the government to make.

In the name of the internet, lawbreaking cannot be condoned. Fundamental rights and freedoms do not include the freedom to break the law. Imagine for one single second, if all publications, radio stations, and television stations started serving pornography available on the internet? The broad argument for keeping these sectors regulated is social decency and family values. But the larger question is why are regulators only worried about a couple of million TVs or radio sets when there are 20 million mobile phones and other devices connected to the internet. Whose potential for harm is more significant?

The answer is as simple, and the government needs to rein-in this wild beast of lawbreaking in the name of the internet!

(Dhurba Sharma is the President of the Federation of Nepal Cable Operators, Views expressed here are on behalf of the industry body he represents.)