Lekhraj’s allegation: Prachanda made a mistake picturing his own future in Oli’s death 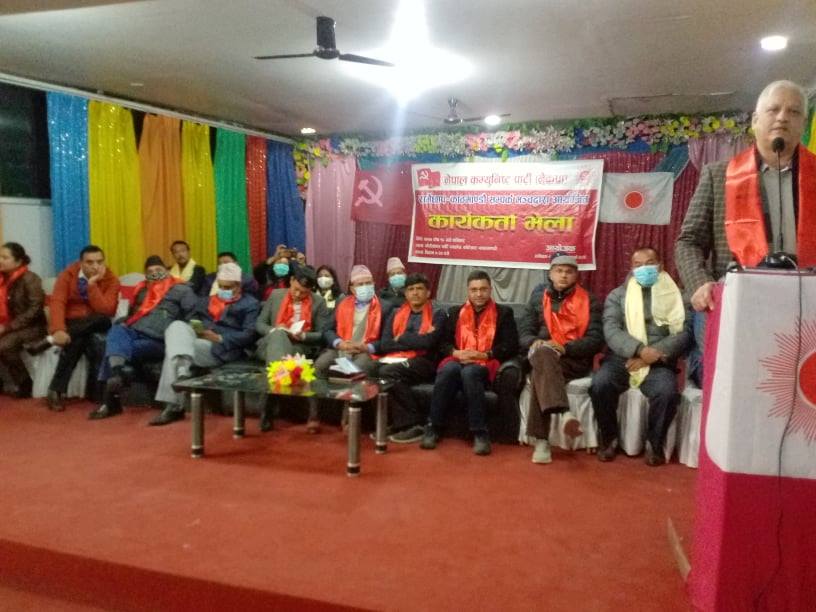 Lekhraj Bhatta, Minister of Industry, has alleged his former commander Prachanda of seeing his future in the death of KP Oli.

Addressing a gathering of Oli-supporting CPN-Ramechhap-Kathmandu Liaison Forum at Gaurishankar Party Palace in Koteshwor, Bhatta accused Prachanda of making an apolitical attack on Oli by caching on the frustration of Madhav Kumar Nepal.

Former Maoist Leader Bhatta said that Prachanda believes KP Oli will not return after undergoing a kidney transplant, due to which he started making his moves. According to Bhatta, Comrade Prachanda made a mistake by seeing his life in the death of KP Oli.

Bhatta, who has spent most of his time criticizing Prachanda, accused him of overthrowing 10 governments after he entered the peace process and called him a leader of destruction.

Bhatta also accused Speaker Agni Sapkota of slandering. He stated that the letter provided by the Prachanda Madhav Nepal-faction, who had taken a no-confidence motion against the Prime Minister, was submitted at 3:30 PM on Poush 5 but it was asked to be registered at 10:30.