A central committee of 1199 members has been formed to protect the party from breaking: Pokhrel 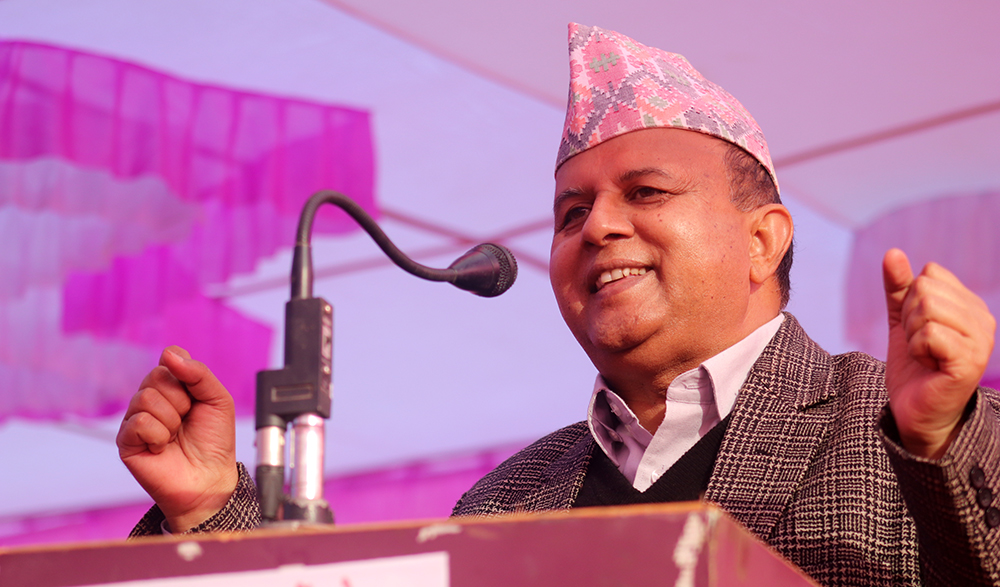 Shankar Pokharel, a member of the Standing Committee of the Communist Party of Nepal (Oil-supporting), has remarked that the parliament had to be dissolved as there had been attempts to hijack public opinion. He accused his own party leaders Pushpa Kamal Dahal ‘Prachanda’ and Madhav Kumar Nepal of trying to do so.

Addressing a gathering of district level cadres of the Oli-supporting CPN-Dang on Friday, Pokhrel made the accusation that once the majority had been drawn after presenting KP Oli in the frontline, attempts had been made to oust him.

Pokharel, who is also the Chief Minister of Lumbini province, said, “The majority vote had been established by presenting Oli in the frontline, and thus the parliament had to be dissolved as there was an attempt to abduct public opinion after winning the election.”

Arguing that the dissolution of parliament would strengthen the party, he said there was no reason for anyone to be afraid to go public.

In his address, Chief Minister Pokharel also said that the number of CPN (Maoist) Central Committee has been increased to 1199 to save the party from disintegration. “40 percent of the central committee is needed to split the party, and 40 percent of 1199 will not be met by any side, which saves the party from falling apart.”

Pokharel also said that in the past, Oli had even agreed with Prachanda, who was supported by the Nepali Congress, to become Prime Minister on an alternate basis.