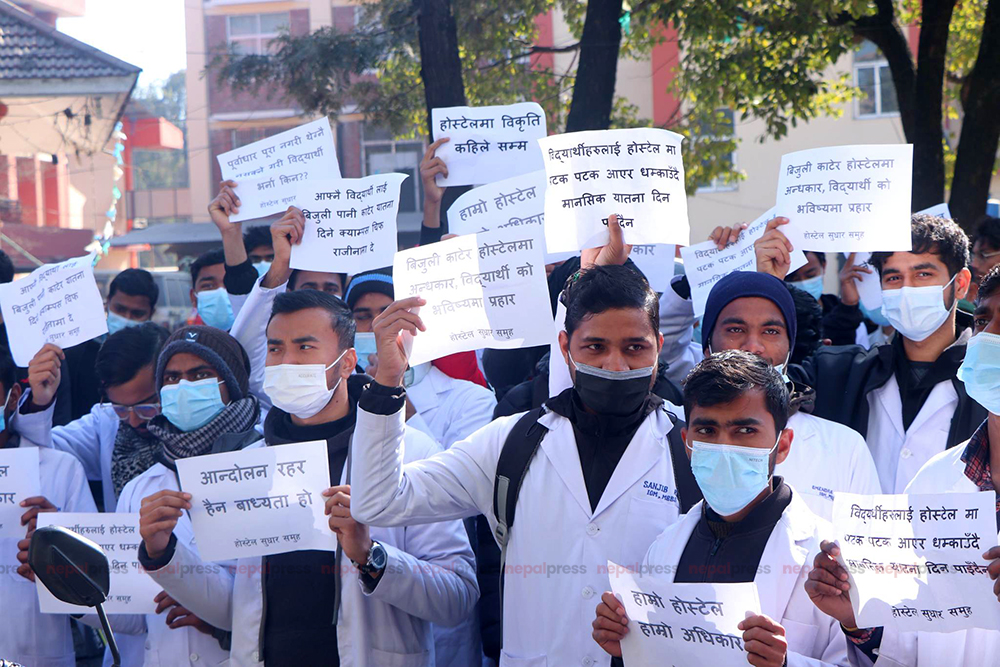 KATHMANDU: Students of Maharajgunj-based Institute of Medicine (IoM) clashed with police on Tuesday.

The clash ensued after the police broke the padlock of the Dean’s office of the IOM.

The students of Maharajgunj Medical College have been staging demonstrations demanding to manage the hostel. At the same time, they also padlocked the Dean’s office.

A student said that the clash broke out after the security personnel broke the padlock.

The students said that they were compelled to stage the protests after the college did not provide hostels to them compulsorily and also tried to evict those staying in the hostels.

Only 200 students have been provided with the hostels out of 1, 500 students studying in the college.