Likewise, some parts of Kalikot have also witnessed snowfall while district headquarters Manma has been

Farmers of the Himalayan districts said that the snowfall will be good for crops like barley, wheat, corn, potato and apple.

Similarly, the farmers of Kalikot have been elated following the snowfall.

Locals have not been able to go outside the house due to the cold.

The temperature in Humla Simikot has dropped to 3 degree Celsius.

Locals have said that vehicular movement has also been affected in the district due to the snowfall.

With the temperature plummeting following the snowfall, the District Administration Office has urged the people to be on high alert. 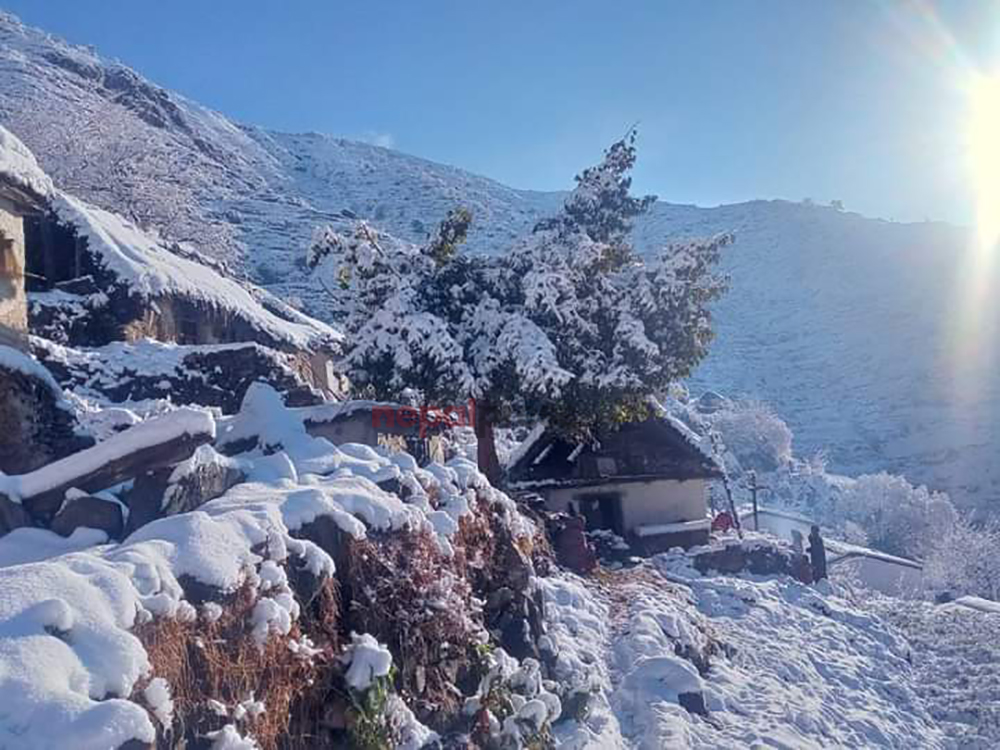 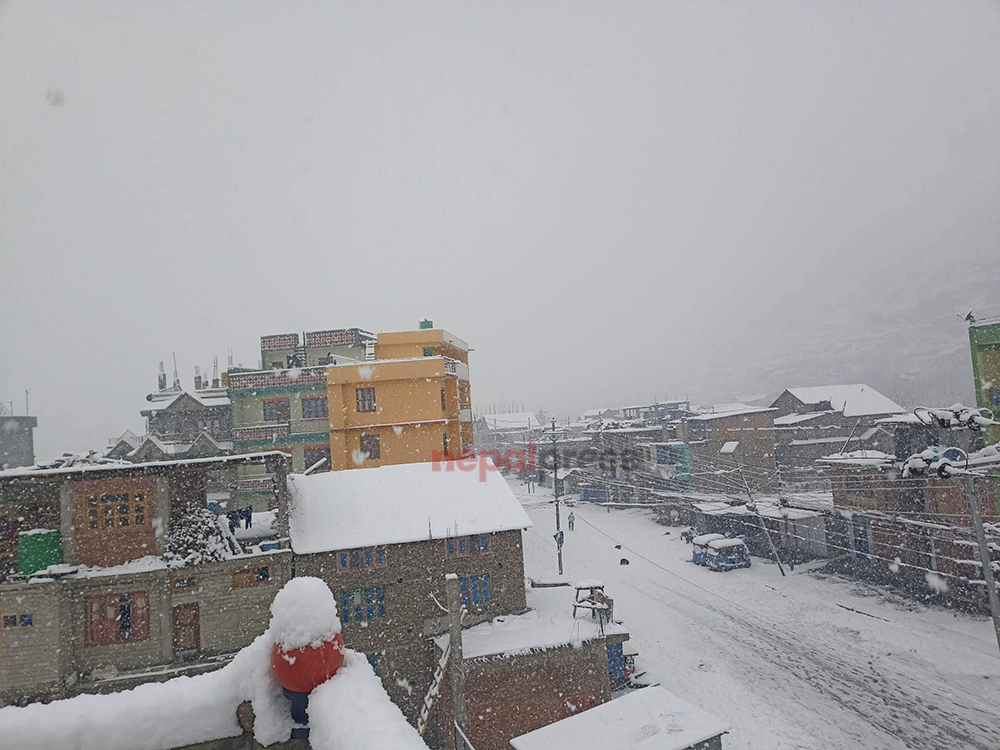 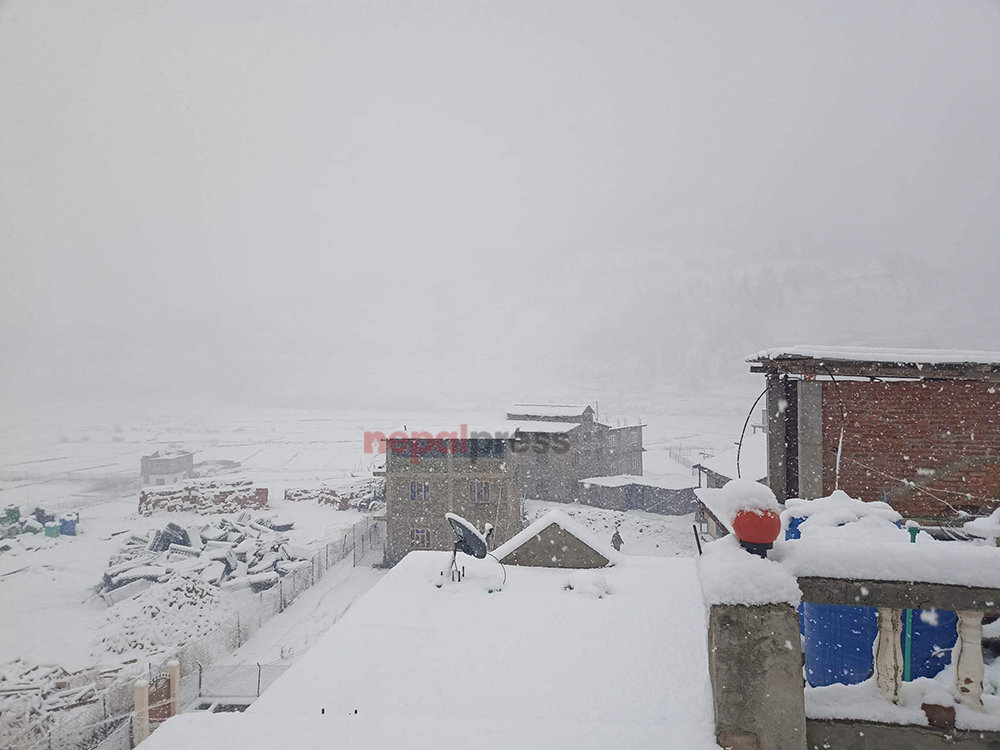 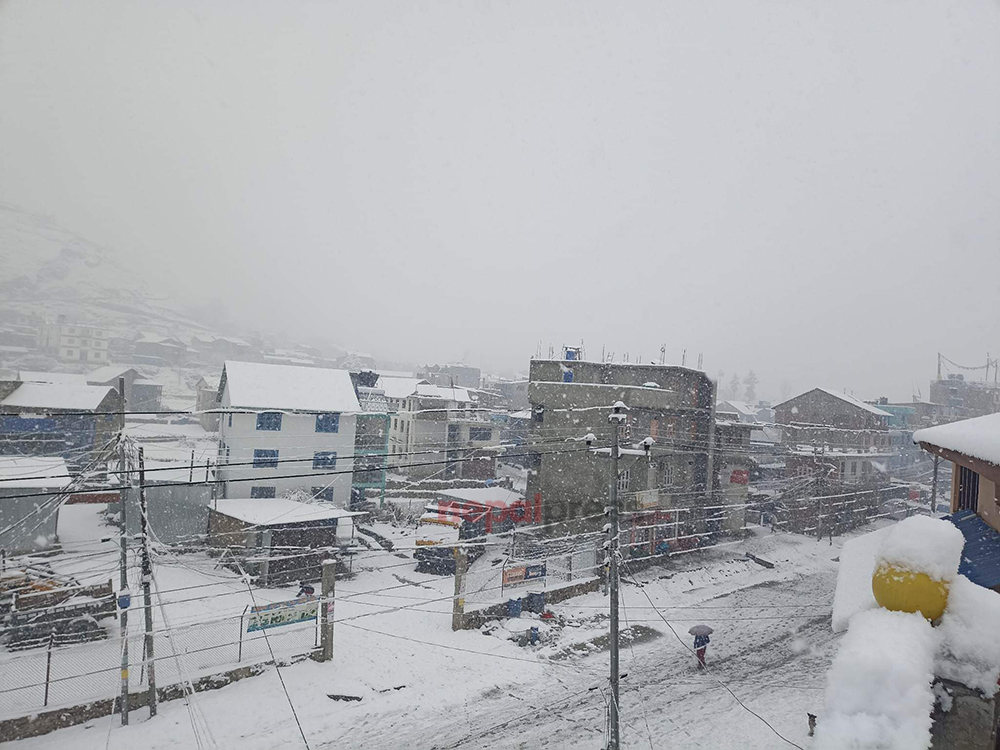 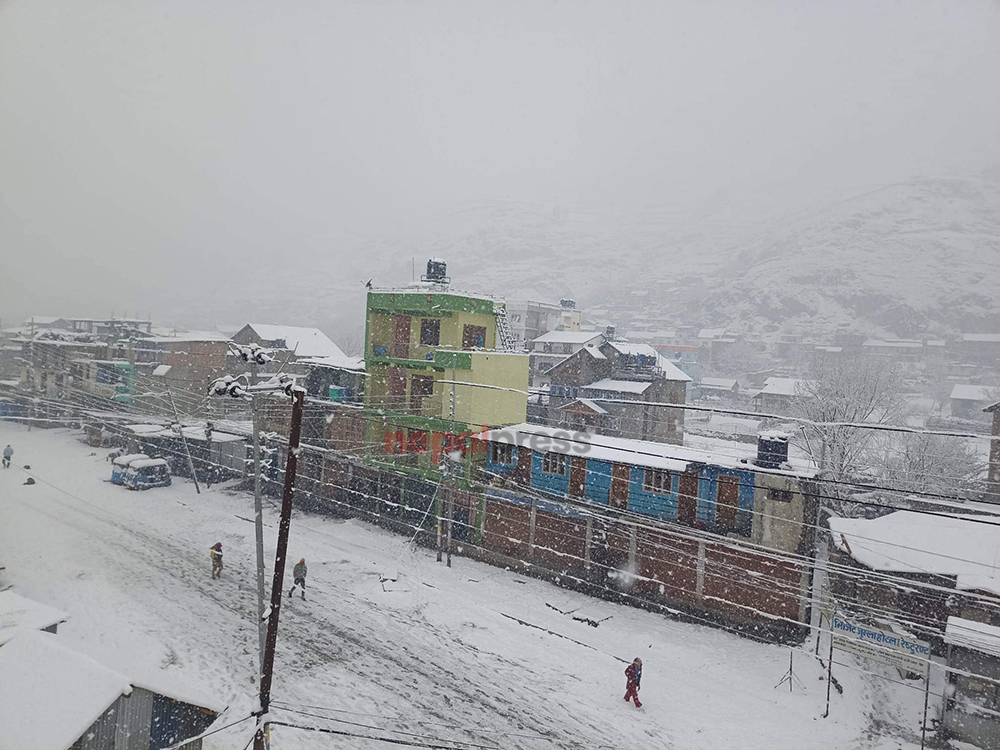 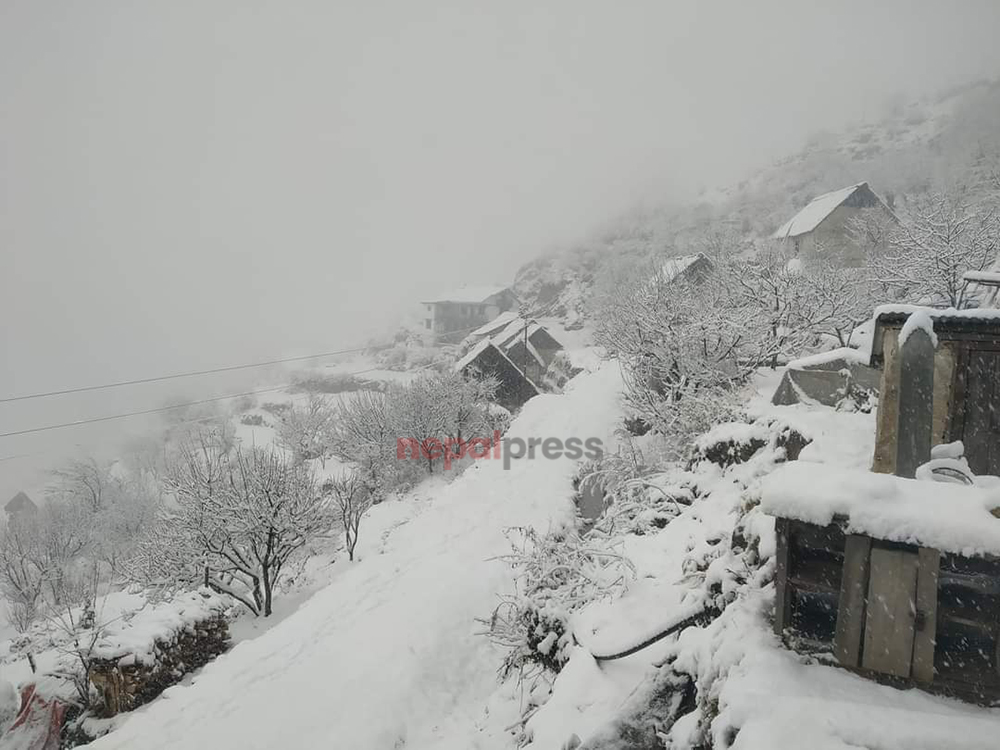 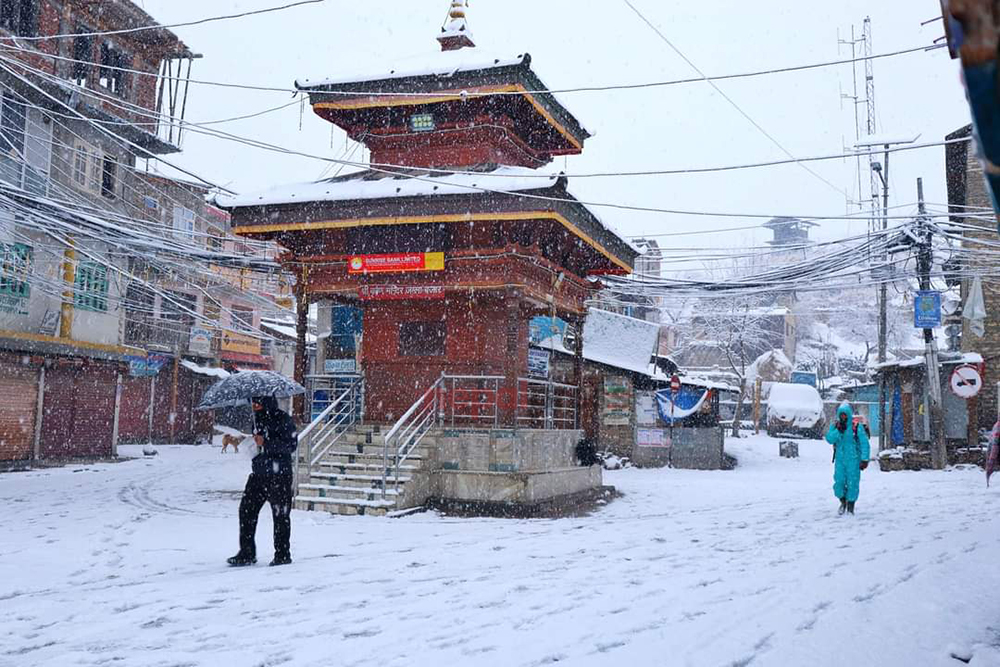