4 killed, 1 injured as Hilux meets with accident in Surkhet 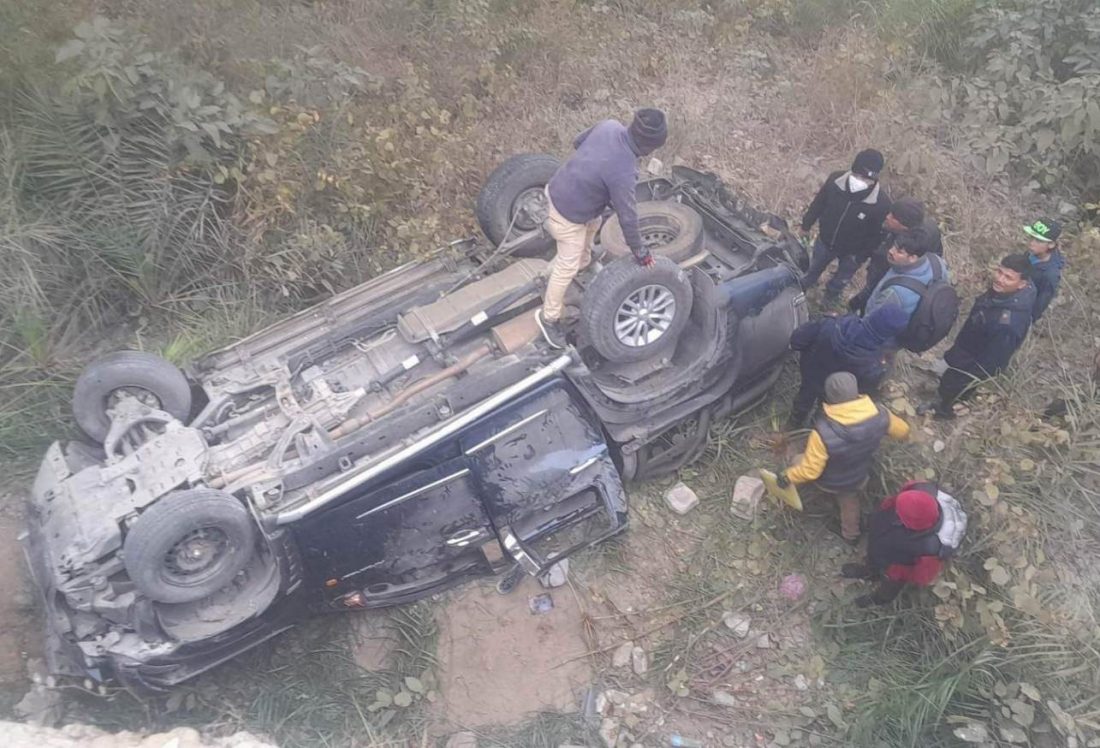 SURKHET: Four persons died and one was seriously injured in a double cap Hilux accident in Surkhet on Sunday.

DSP Suraj Karki of the District Police Office, Surkhet said that the incident occurred at around 2 am today.

He said that four persons including the driver died when the vehicle (Ba Pra 01026 Cha 9213) heading towards Birendranagar from Chinchu of Bhangeriganga Municipality, Surkhet met with an accident this morning.

The four-wheeler fell some 80 metres down the road, DSP Karki said.

DSP Karki said that Birendra Raj Shahi (26) was critically injured in the accident and is being treated at the Province Hospital in Surkhet.