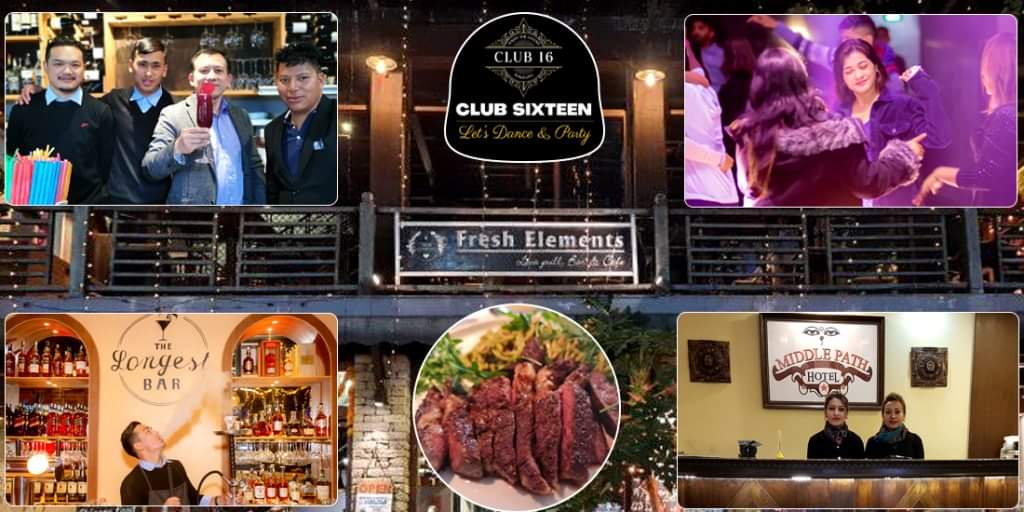 POKHARA: The struggle story of Ramesh Karki of Syangja is a bit different and filled with lots of sad and joyful moments. However, Karki, who is making the hospitality business a hub in Pokhara, considers himself an underdog businessman.

After returning to Pokhara from Japan about 12 years ago, Karki had no concrete idea of what to do next. His experience in Japan, however, helped him to enter the hospitality industry.

He started his business journey from the Middle Path hotel which he established after he bought himself land in a street near the Lakeside of Pokhara. The hotel did not disappoint him. The hospitality of the hotel made a lot of customers. The hotel bloomed in such a way that many foreign tourists had to wait for a booking in the hotel since it was always full.

With the success of the hotel, Karki planned to open a new organic-style restaurant nearby the hotel. But the idea eventually failed as it was not possible to get enough organic ingredients. Karki, however, did not want to run the restaurant pretending it to be organic.

So, he came up with another plan and decided to open a restaurant with the name ‘Fresh Elements’ where he committed to serve only fresh items to the customers.

Established in 2016 AD, the restaurant Fresh Elements is located near the Middle Path Hotel.

The restaurant become a food destination for many domestic and foreign tourists. Most of Karki’s customers are foreign tourist. Many businesses went down during the Covid-19 pandemic as a lot of foreign tourist returned their home country. But this was the only restaurant that bloomed during pandemic.

After people coming for lunch and dinner with their families increased at the Fresh Elements, Karki thought of building a bar for those who enjoy drinks and worked accordingly.

The ‘Longest Bar’ was finally opened to many customers. The bar is named the Longest Bar as it is the longest bar ever made in the country and other countries might not have such long bar as well, claims owner Karki.

The Fresh Elements restaurant that had brought a revolution in the food sector in Pokhara, the Longest Bar, became another attraction.

With the successful journey of the Middle Path Hotel, the Fresh Elements restaurant and the Longest Bar, Karki brought Club Sixteen into operation next to the Bar.

Karki got successfull in running the club as well. Club Sixteen is now busy from 11 pm to 4 am, attracting not only the Pokhreli youths but also domestic and foreign tourists.

The whole street is now busy today with Middlepath Hotel, Fresh Elements Restaurant, Longest Bar and Club Sixteen. Even the name of the street is known as the Middle Path street. Many other hotels and resorts are also opened in that street.

The owner Karki built Fresh Elements Restaurant, Longest Bar and Club Sixteen all from the iron structures, which is also the first use in the city. The secret success of Fresh is that all the main dishes of the world are availble in one place with the best taste.

Although there have been requests from many places for its franchise, Karki has not yet been motivated to do so with a thought that it might fail to maintain the quality.

Rajendra Prasad Sapkota, a tourism businessman from Kathmandu, said that Fresh Elements has brought both food and entertainment destinations together in Pokhara.

Middle Path Street’s Fresh Elements Restaurant has become a destination not to be missed, especially for those who visits Pokhara for food, entertainment and refreshment.