KATHMANDU: A demonstration was held outside the office of the Kathmandu Metropolitan City this morning, saying that politics is being done in the name of squatters.

The Valley Resident Management and Support Struggle Committee handed a memorandum over to the KMC, expressing solidarity to the KMC’s campaign  to remove fake squatters.

The so-called squatters’ settlement has polluted the river and adversely affected the beauty of the Capital, the memorandum read.

They have expressed solidarity to the KMC, municipalities, and staffers. 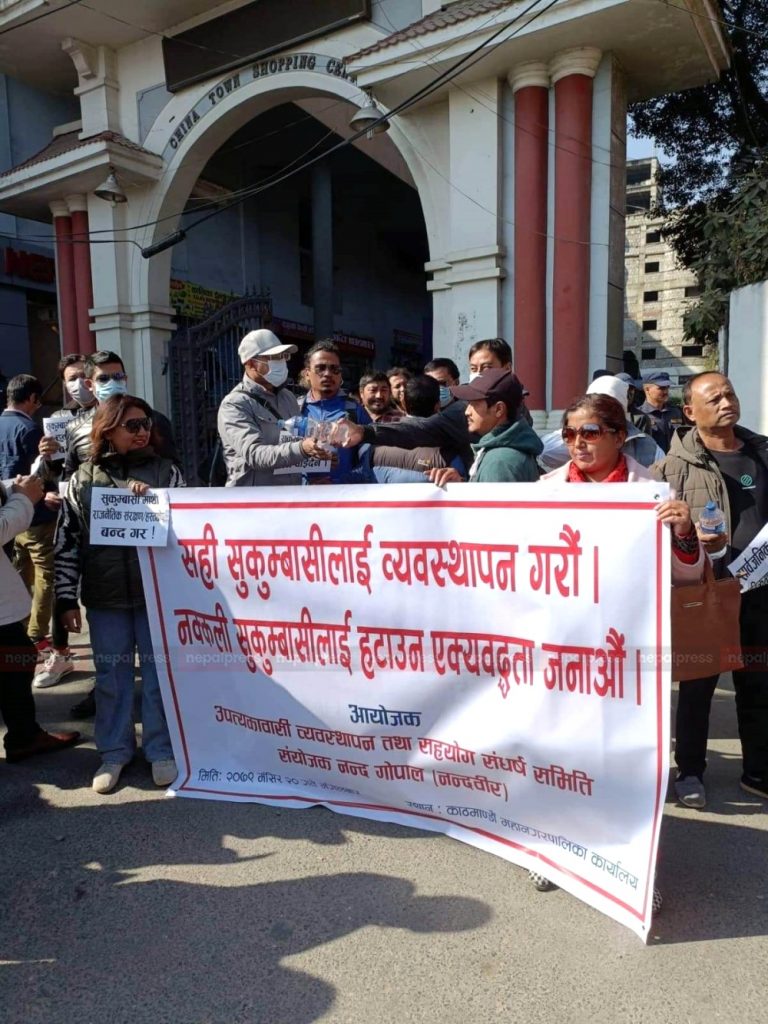 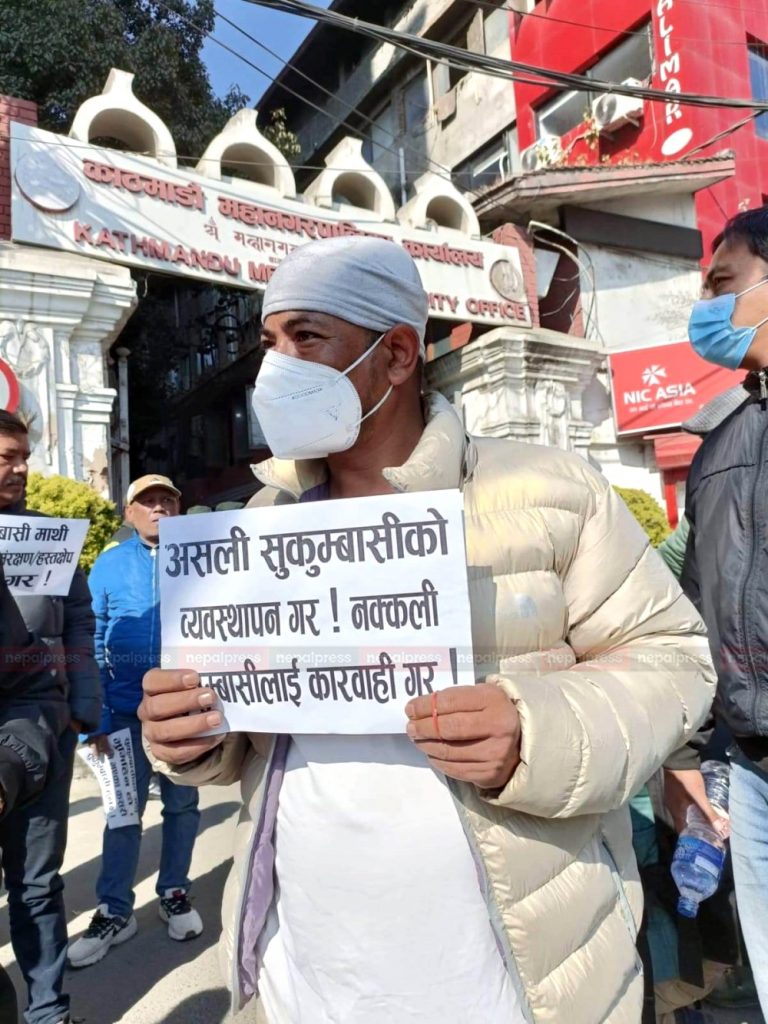 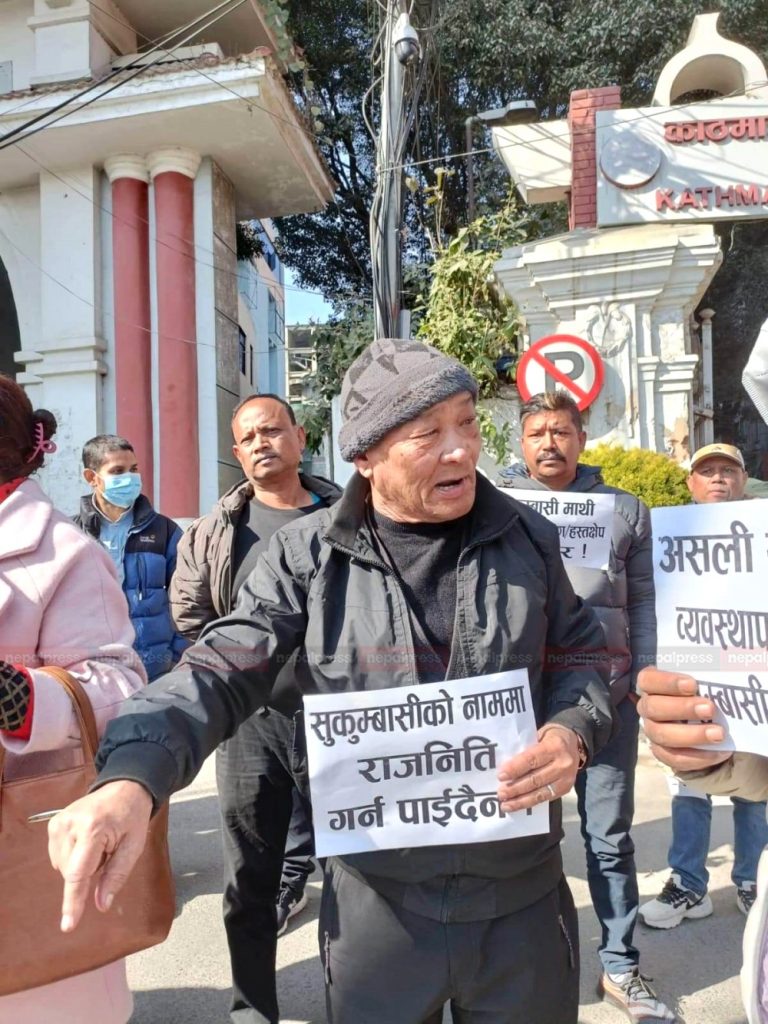 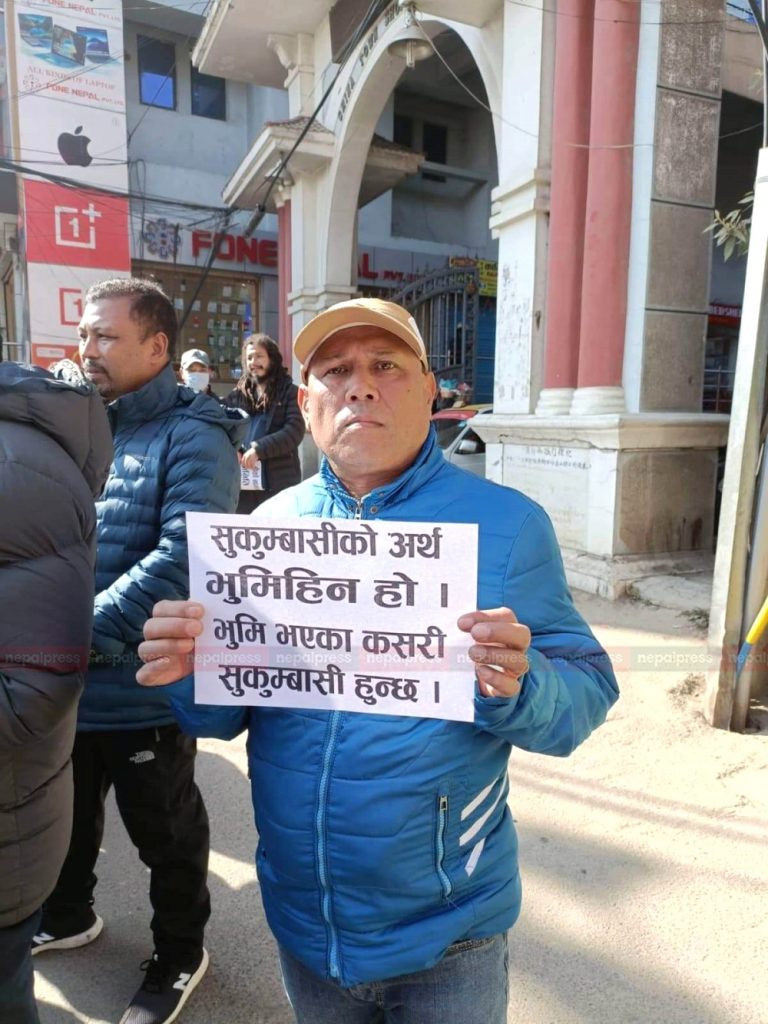 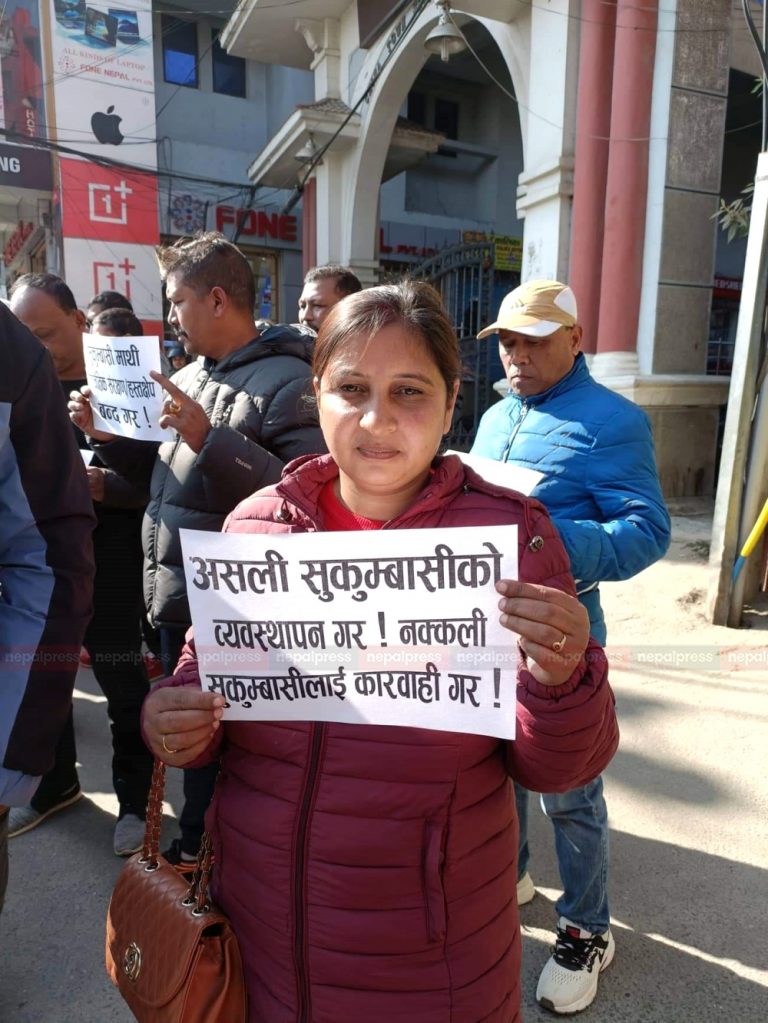