I was attacked in a premeditated way, claims Minister Thapa 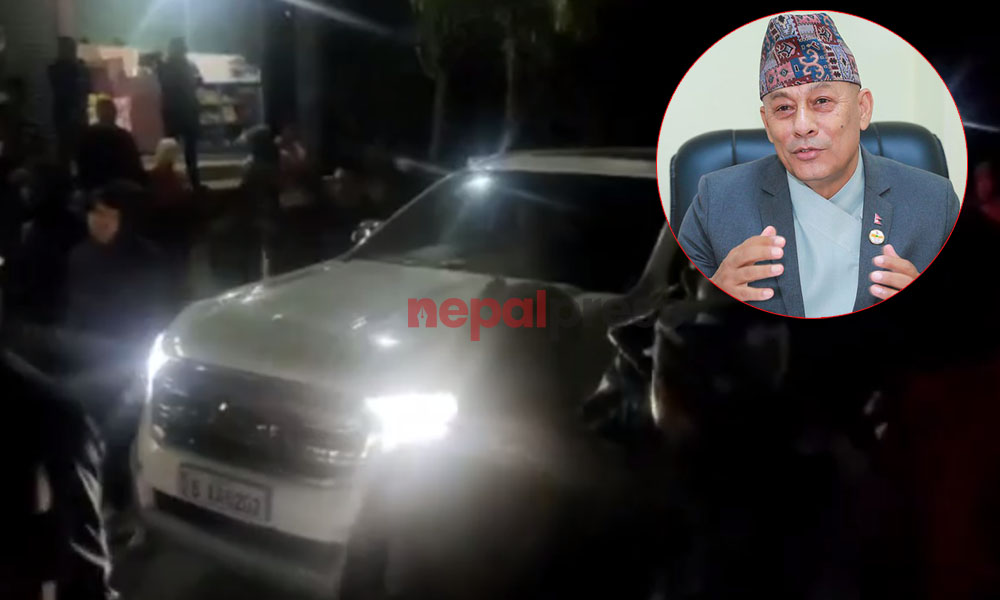 POKHARA: Gandaki Province Law Minister Bindu Kumar Thapa said that the attack on him was premeditated.

Issuing a statement, Minister Thapa, who was taken under control by the locals for one-hand-a-half hour on Wednesday, said that he was misbehaved and attacked in a premeditated way.

The CPN-UML cadres had taken Thapa under control accusing him of trying to influence voters by distributing money at Batulechaur.

Minister Thapa, however, said that the incident occurred while he was returning home.

“I strongly condemn the incident as I was attacked and misbehaved in a premeditated way by the cadres of the opposition party,” the statement issued by his secretariat read.