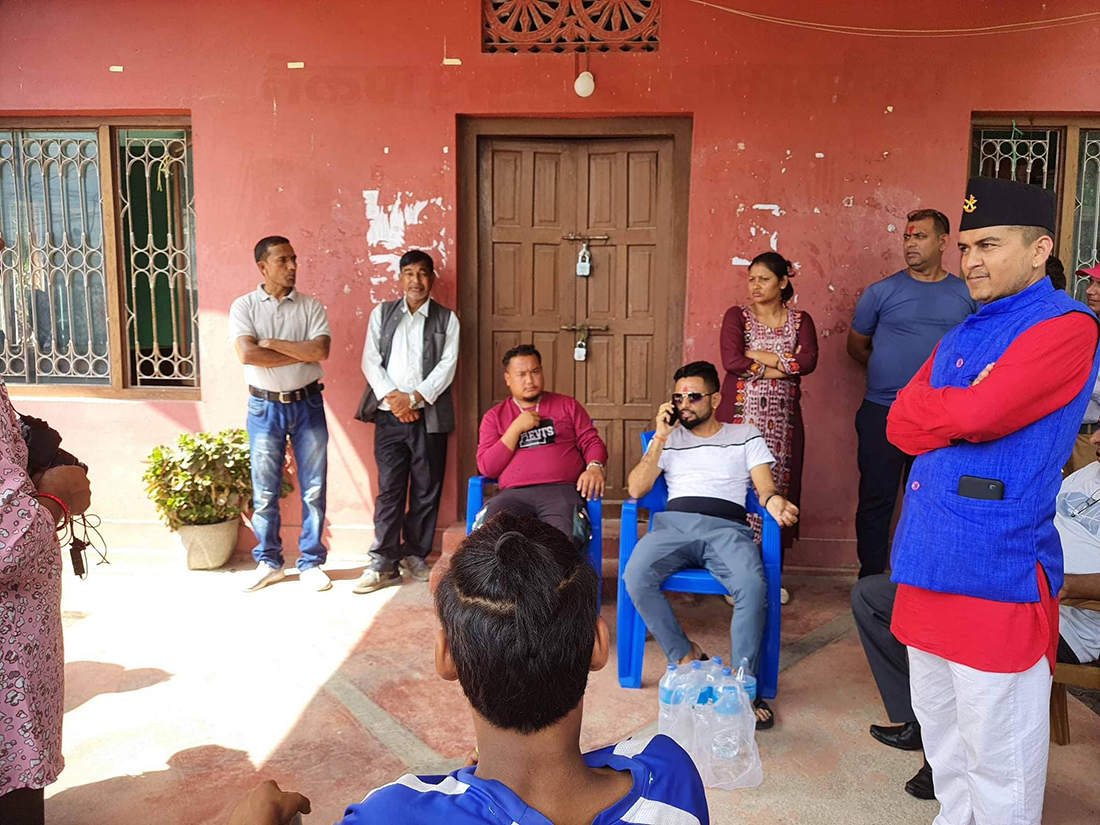 HETAUDA: Disgruntled cadres of the CPN-UML have padlocked the party office in Makawanpur in protest against the party’s decision to make Rastriya Prajatantra Party-Nepal (RPP-N) a common candidate to contest the election to the House of Representatives scheduled for November 20.

They padlocked the party office near Pushpa Lal Park in Hetauda.

Though it was decided to make central member and district in-charge Rameshwor Rana a candidate from Makwanpur-1, party Chairman KP Sharma Oli on Saturday had decided to give ticket to Thapa.