There is no problem in ruling coalition, says Nepal after filing candidacy (With video) 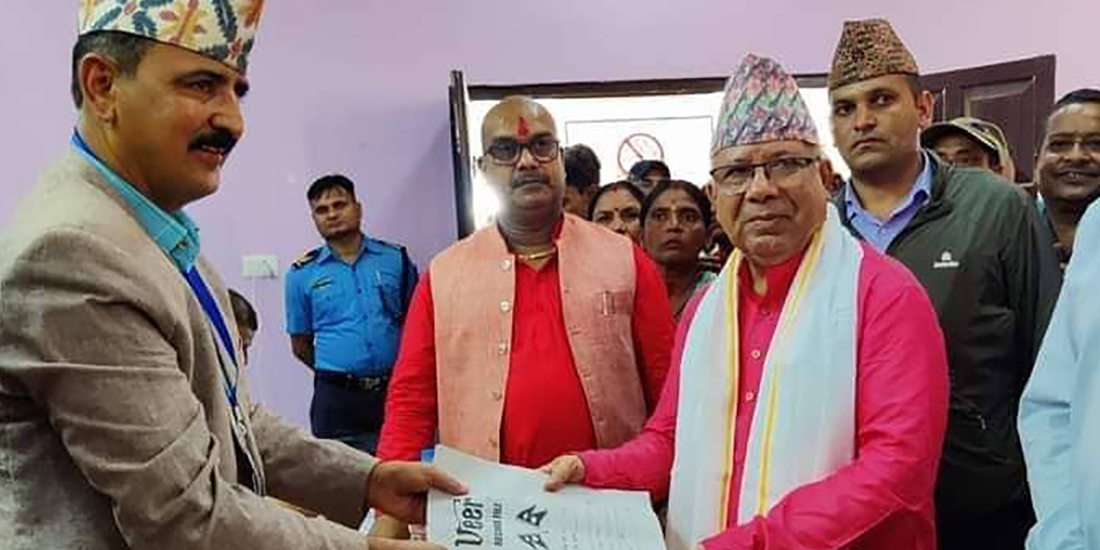 KATHMANDU: CPN (Unified Socialist) Chairman Madhav Nepal has expressed his confidence that the people of Rautahat will make him victorious in the upcoming election to the House of Representatives.

Speaking to journalists after filing his candidacy, he said, “Rautahat is the place where I was born and started my political career. When I chose Kathmandu in the previous election, the people of Rautahat had forced me to file nomination from there.”

“That is why, I have decided to contest the election from Rautahat-1 this time. I hope that the people will trust me,” he added.

Claiming that there is no problem in the ruling coalition, Nepal expressed his confidence that he will not be betrayed in the election.