Over 100 houses in East Nawalparasi inundated 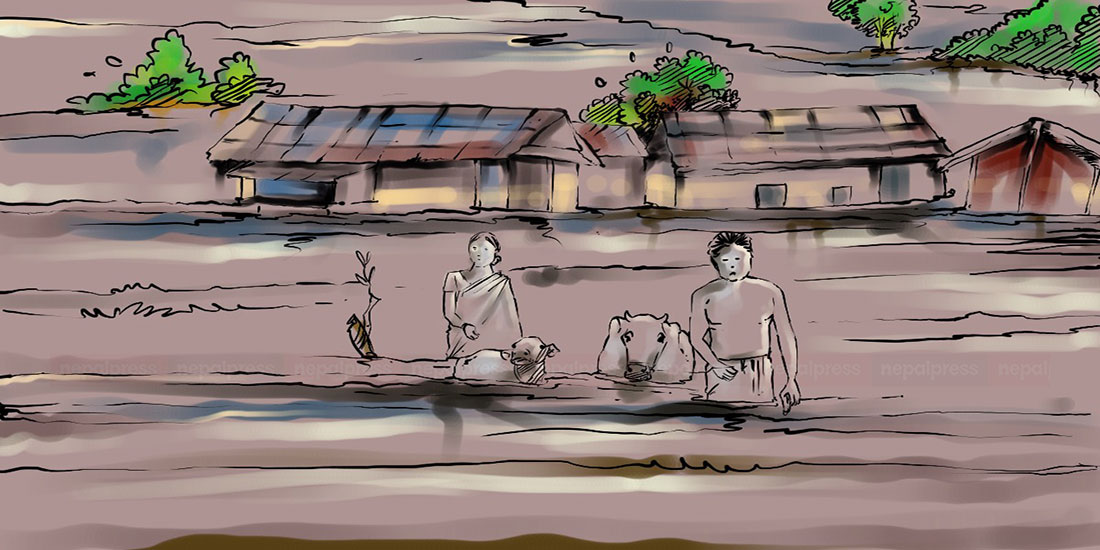 At least 70 houses have been submerged at Baguban, and over three dozens at Seheri, Bhutaha and Prasauni. Many victims at Baguban were trapped in their houses and waiting for rescue, said chair of the rural municipality Ghana Shyam Giri.

“They along with their cattle and belongings have taken shelter at elevated areas in the flooded area. Rescue efforts are not possible at this time. We are waiting for the flood to subside for rescue efforts,” he said, adding that details of the losses are yet to come by. The village has been surrounded by the river. Failure to expand the road due to the buffer zone and the Chitwan National Park is to blame for the perennial problem of flooding in the area, said the local people. Paddy plantation in around 200 hectares of lands has also been destroyed in the flooding. The water flow in the river has been measured highest 440,000 cusecs, said Bhubaneshwor Tiwari, chief of the district police office. The water flow remained constant after 8 am today, he said.