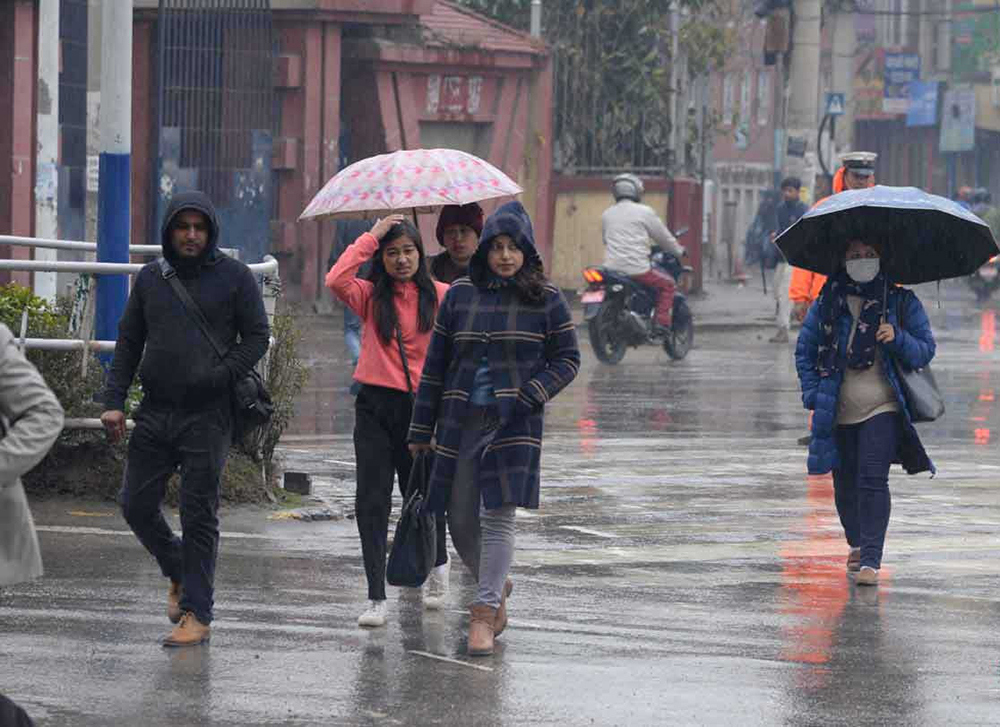 KATHMANDU: The eastern belt is likely to receive light rainfall today afternoon and in the evening with partial cloudy weather, according to the Meteorological Forecasting Division. However, the weather in the belt is clear at the moment.

But, Sudurpaschim and Karnali Provinces in the west are receiving heavy rainfall. Nawalpur has received highest 275 millimeters rain, while Archale of Palpa district 218 millimeters.

The Kathmandu Valley (Kathmandu, Lalitpur and Bhaktapur districts) are likely to get light rainfall today afternoon and in the evening, said meteorologist Raju Pradhananga.

Similarly, there is a possibility of heavy rainfall in Lumbini, Gandaki and Sudurpaschim Provinces. “There is a possibility of cloudy weather in the Valley today. The weather will gradually become clear from tomorrow. The west is getting heavy rainfall. The weather in Gandaki, Sudurpaschim and Karnali Provinces will gradually become clear from Sunday,” he said.

The monsoon low pressure system in the Southwest Bay of Bengal and surroundings has caused an impact in Nepal, according to the Division. RSS