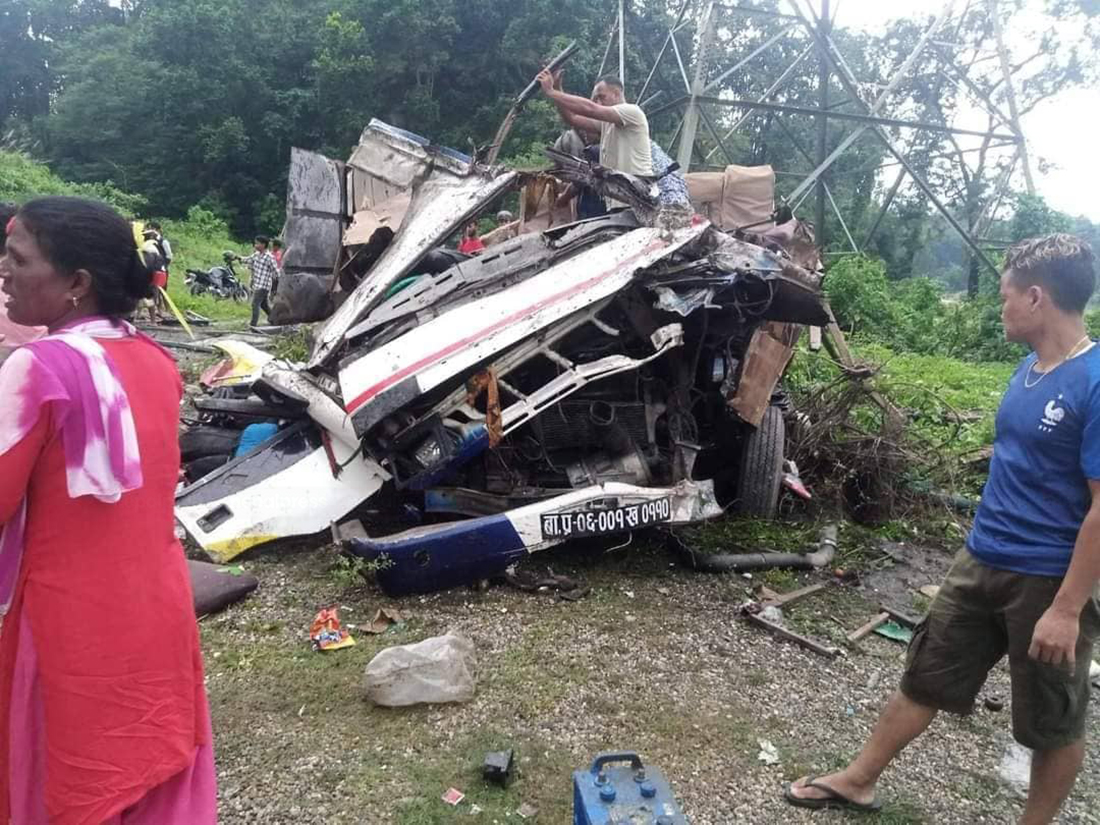 HETAUDA: As many as 14 persons died when a bus they were traveling in met with an accident at Amlekhgunj of JeetpurSimara Sub-metropolitan City-22, Bara on Thursday.

The incident took place when the bus (Bagmati Province 006-00 Kha 0210) heading towards Birgunj from Hetauda fell around 100 meters down from the road this afternoon, said the District Police Office, Makwanpur.

According to Balram Shrestha, Inspector and Spokesperson of the Makwanpur District Police Office, 12 persons succumbed to injuries during treatment at Hetauda hospital. Similarly, one died at Churehill hospital and another died at a hospital in Makwanpur.

Likewise, more than a half dozen of the injured are in critical condition.

The identities of the deceased are yet to be established, police said.