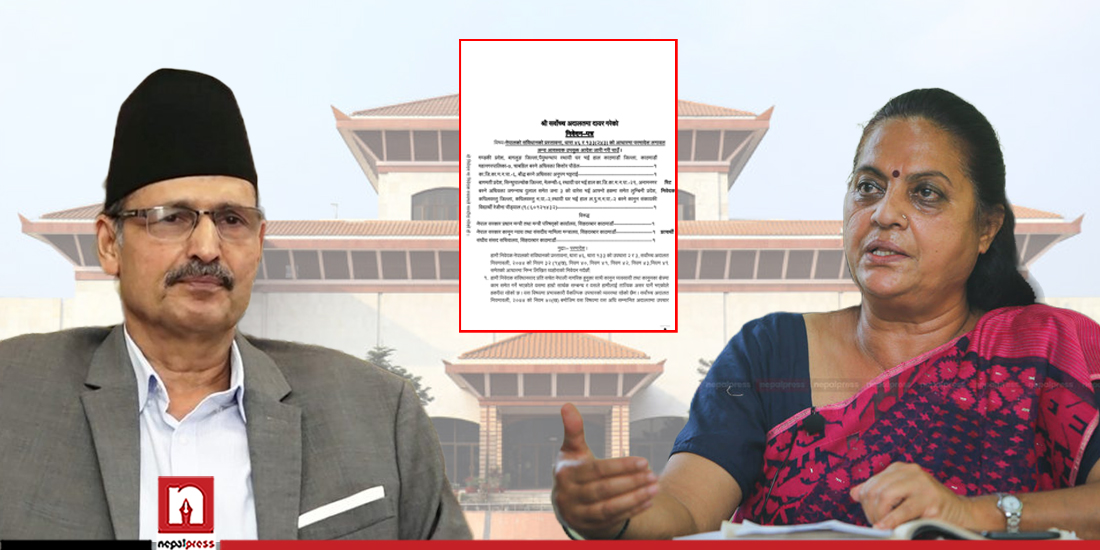 KATHMANDU: A writ petition has been filed at the Supreme Court demanding to vacate the posts of speaker and deputy speaker of the House of Representatives.

Advocates Kishor Paudel, Jagannath Dulal and Anupam Bhattarai filed the writ against the speaker and deputy speaker making the Office of the Prime Minister and Council of Ministers, Law Ministry and the Federal Parliament Secretariat as defendants.

Since the Election Commission has already published the closed list of the Proportional Representation, the advocates have urged the concerned authority to stop the services being provided to the speaker and deputy Speaker until the case is settled.

The hearing is scheduled for Friday.

They have demanded to vacate the posts of speaker and deputy speaker saying that there is a provision to remain in the office until the day before the filing of nominations for the next election to the House of Representatives.