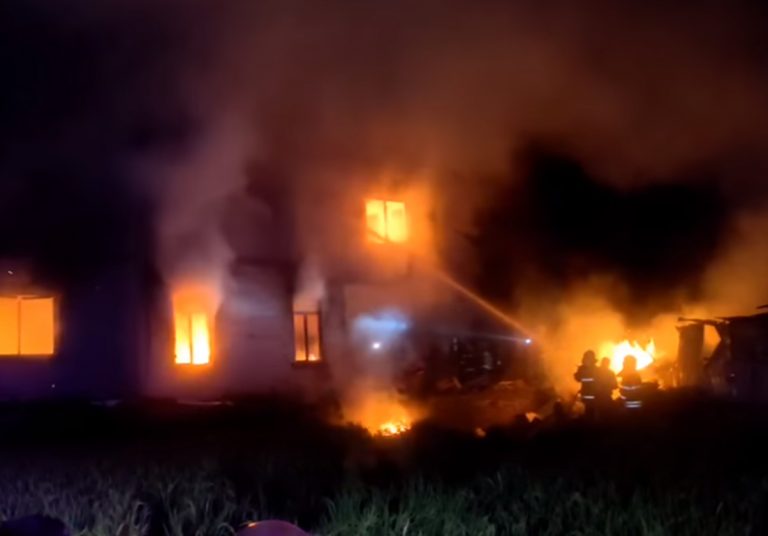 KATHMANDU: Three persons died when a fire broke out at a three storey house in Lasuntar of Kapan, Kathmandu.

Police said that three persons died on the spot when the gas and oxygen cylinders exploded in  the house where the trekking office was located.

The deceased have been identified as Kasang Tenji Sherpa (27) of Lasuntar, Ashok Rai (32) of Sankhuwasabha and Chhewang Sherpa (25) of Ranibari.

Kushal Budhathoki (28), who was injured in the incident, is undergoing treatment at the Chunikhel-based Karuna Hospital.

According to a preliminary investigation, the fire may have spread after the explosion of oxygen cylinders.

A house was completely destroyed in the fire while other houses sustained partial damages.

SP Dinesh Raj Mainali said that the fire that broke at around 7 pm was taken under control with the help of fire engines, rescuers and locals at around 10 am.

Around 200 police personnel were deployed to douse the fire.

Police said that they are looking into the incident.