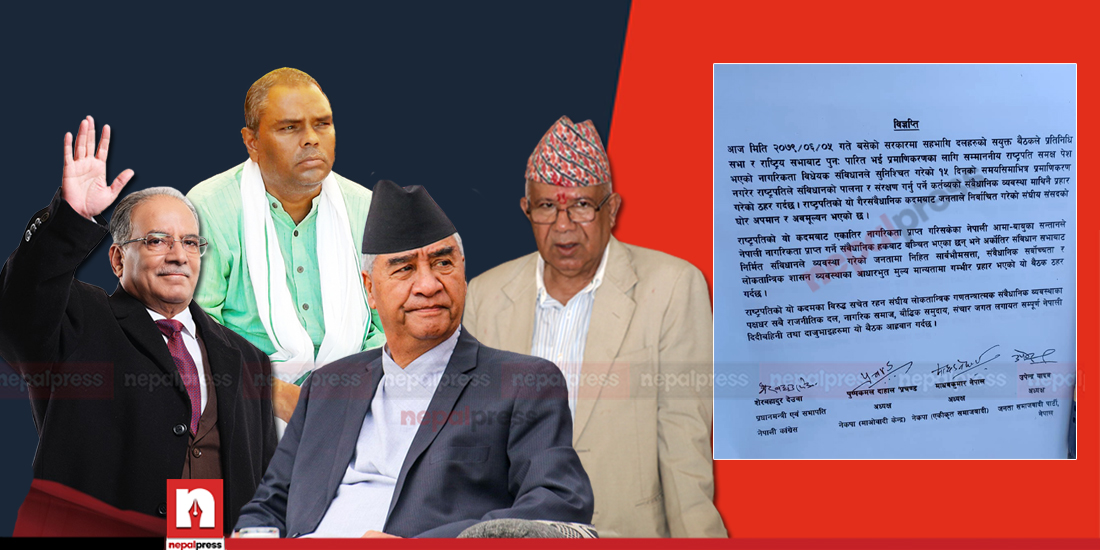 KATHMANDU: Four parties of the ruling coalition have issued a joint statement against Bidya Devi Bhandari.

The ruling coalition has concluded that the President violated the Constitution by not amending the Citizenship Bill within the 15-day time frame.

“The President’s unconstitutional move has insulted and undervalued the Federal Parliament elected by the President,” the statement read.

The parties have expressed their dissatisfaction saying that the children of Nepali mother-father who have already got the Nepali citizenship have been deprived of their constitutional right to obtain Nepali citizenship by the recent move of the President.

The coalition has said that the move has attacked the sovereignty,constitutional supremacy and democratic governance established by the people.

The Rastriya Janamorcha, one of the partners of the ruling coalition, however, did not sign the statement.