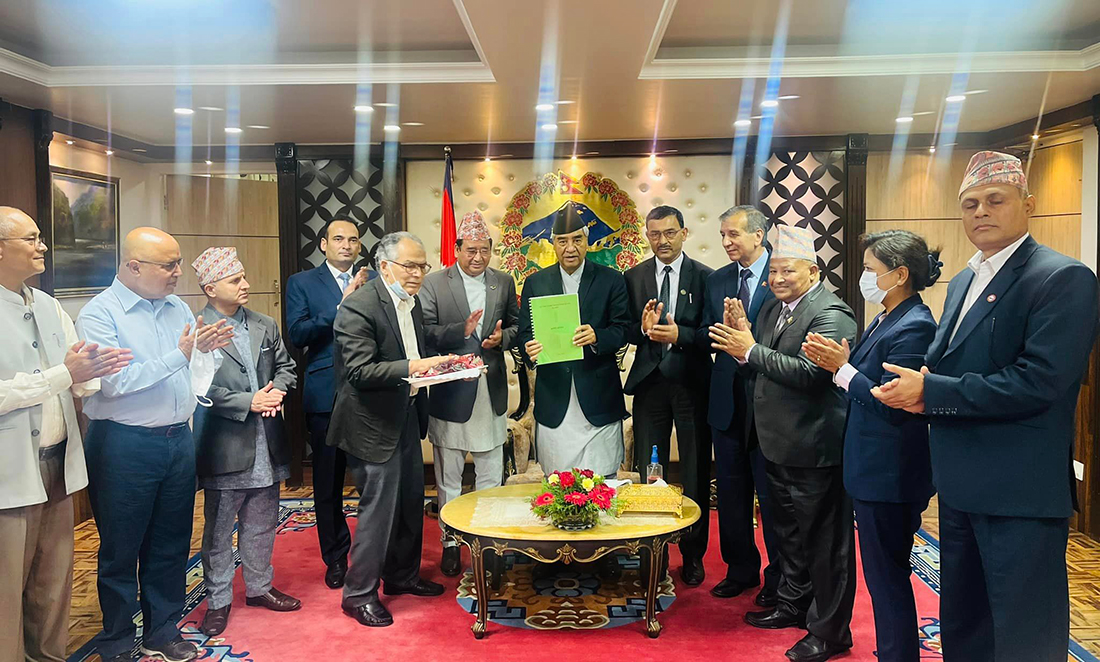 KATHMANDU: The expert group formed to give suggestions on the construction of Nijgadh International Airport submitted the study report to Prime Minister Sher Bahadur Deuba on Sunday.

The group handed over the report to construct an international airport with full capacity to the Prime Minister at his official residence in Baluwatar as per the order of the Supreme Court this morning.

The group was formed as per the August 11 decision of the Cabinet to hand over the report by carrying out study to construct an international airport with full capacity.

According to the report, 4,000 hectares within an area of around 9,000 hectares between the Pasaha River and the Bakia River connected to the Kathmandu-Terai Expressway (Fast Track) and the East-West Highway will be the suitable place to construct an international airport.

The group submitted the report within the stipulated time.