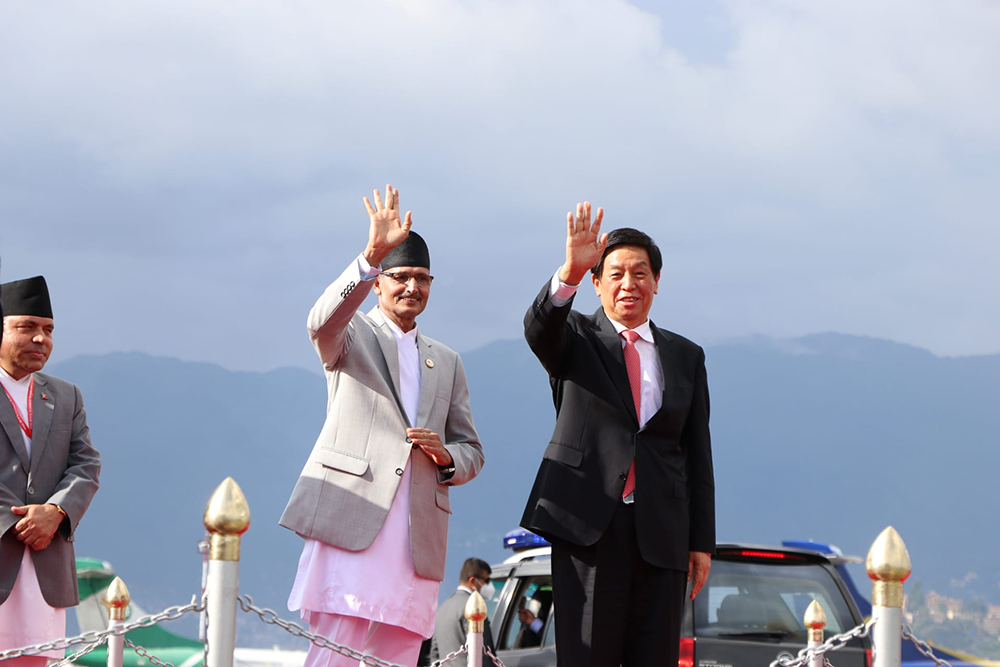 KATHMANDU: Chairperson of the Standing Committee of the National People’s Congress of the People’s Republic of China Li Zhanshu is paying a courtesy call on President Bidya Devi Bhandari at the Rashtrapati Bhawan at 4 pm today.

Similarly, the Chinese delegation led by Li is scheduled to make an on-site tour of the post-earthquake reconstruction projects at Bhaktapur Durbar Square at 9:30 am today.

Li is currently on a four-day official visit to Nepal. He arrived here on Monday at the invitation of Speaker Agni Prasad Sapkota. Speaker Sapkota and the Chinese dignitary held delegation-level talks at the Federal Parliament Building, New Baneshwor the same day. They also signed a letter of agreement on exchange of cooperation on the occasion.

Li’s delegation comprises 67 persons including six high-ranking officers, security personnel, journalists and other staff. CPC Chairperson Li and his delegation will return home on September 15 on a special flight. RSS