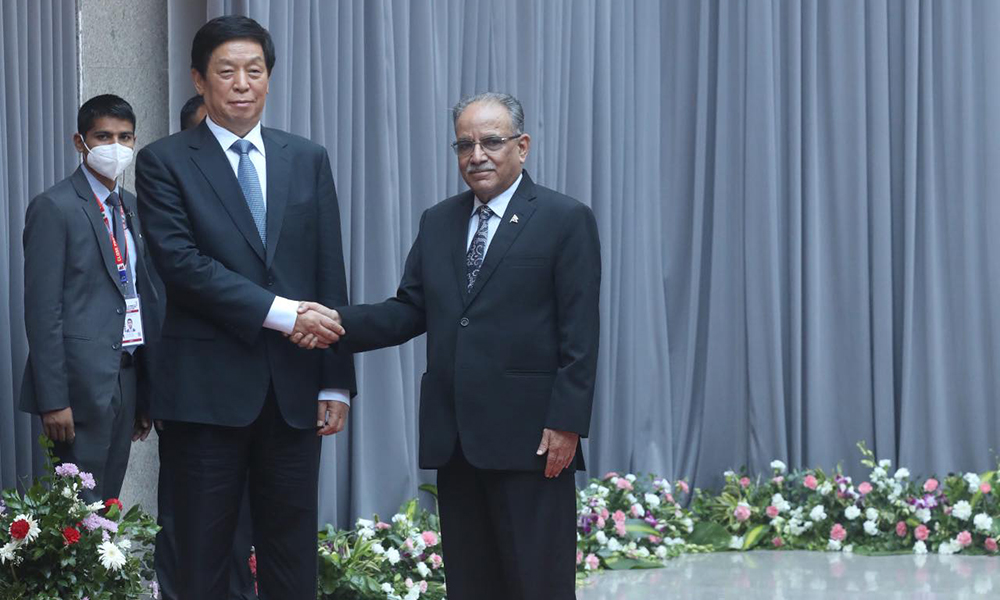 KATHMANDU: Chairman of the Standing Committee of the National People’s Congress of China Li Zhanshu, who is currently on a Nepal visit, held a meeting with CPN (Maoist Centre) Chairman Pushpa Kamal Dahal on Tuesday.

During the meeting held at the Parliament building in New Baneshwor, the two leaders discussed contemporary issues and matters of mutual interests.

Maoist leaders Narayan Kaji Shrestha, Krishna Bahadur Mahara, Dev Gurung and Pampha Bhusal among others were present in the meeting.

At the invitation of Speaker Agni Prasad Sapkota, the Chinese Speaker arrived in Kathmandu on a four-day visit on Monday. 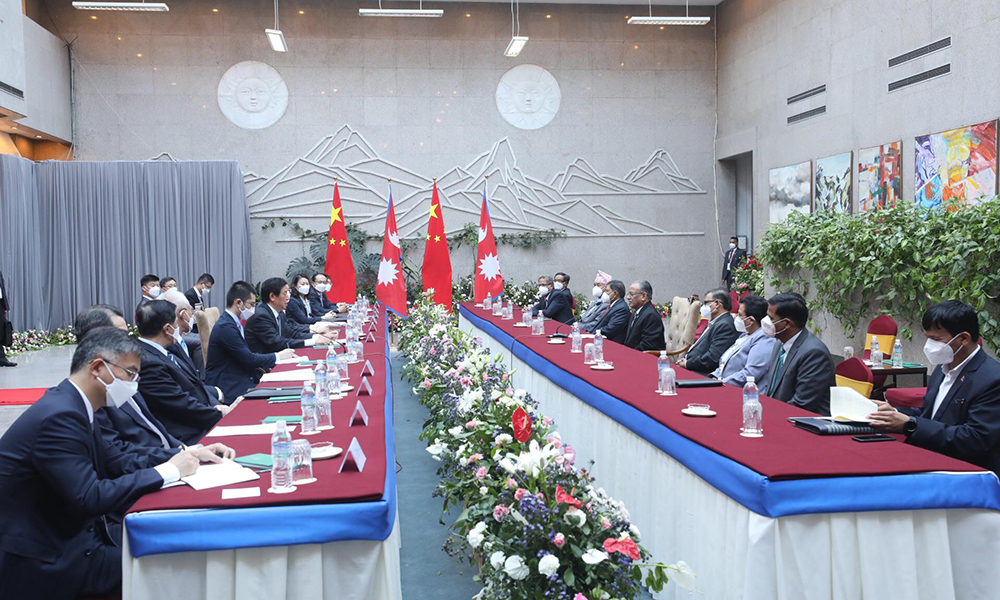