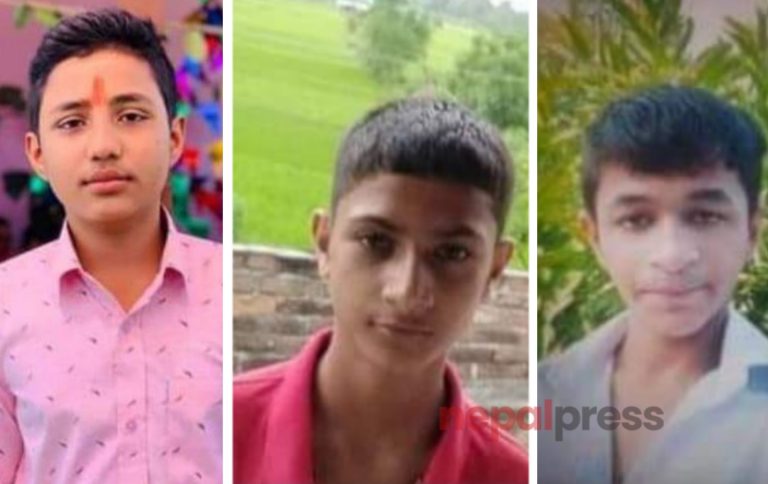 RUPANDEHI: Three children of Butwal, who had been missing for the past three days, were found in an unconscious state in Mumbai, India.

The children, who had left home for school on Friday, were found at the Kerala Station of Mumbai at around 2 am on Sunday.

They were in an unconscious state, Raju Panthi, uncle of Sagar Paudel, one of the missing children, told NepalPress over phone.

Sagar Paudel (15), Samir Lamsal (15) and Pradeep Panthi (14) of Butwal Sub-Metropolitan City-11 had left home for school together on Friday.

Family members starting searching for them after they did not reach the school.

The children told the parents that they have no idea how they reached Mumbai.

According to Lamsal’s father, they have recovered Rs 15, 000 in cash from of one the children.