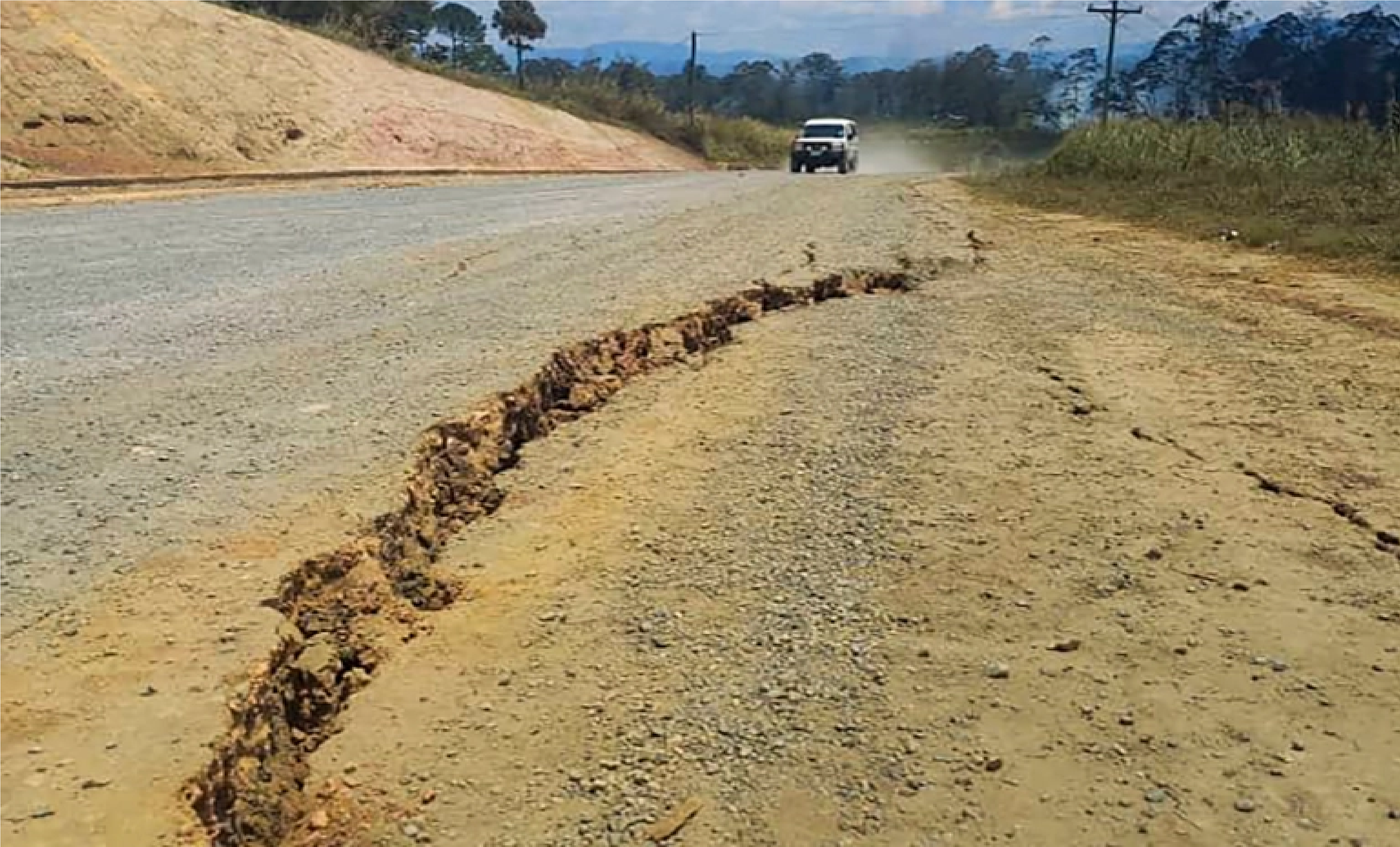 A 7.6 magnitude earthquake has struck off eastern Papua New Guinea, causing damage to buildings and spreading panic among residents.

The United States Geological Survey said the quake struck at a depth of 61km (38 miles), about 67km (41 miles) from the eastern town of Kainantu on Sunday morning.

It issued a tsunami warning, but subsequently said the threat “has now passed”. But it did, however, note that there could still be “minor sea level fluctuations in some coastal areas”.

There were no immediate reports of casualties.

Video of damage to a university in the eastern highland town of Goroka showed large cracks appearing in walls and window awnings falling during the quake.

Locals in Lae and Madang, closest to the epicentre, told the AFP news agency that the shaking was much more vigorous than previous quakes.

“Very strong, everything was like sitting on a sea – just floating,” said Hivi Apokore, a worker at the Jais Aben Resort near Madang.

Earthquakes are common in Papua New Guinea, which sits on the Pacific Ocean’s “Ring of Fire,” a hotspot for seismic activity due to friction between tectonic plates.